The Candidates: Five questions Buhari did not answer during town hall meeting 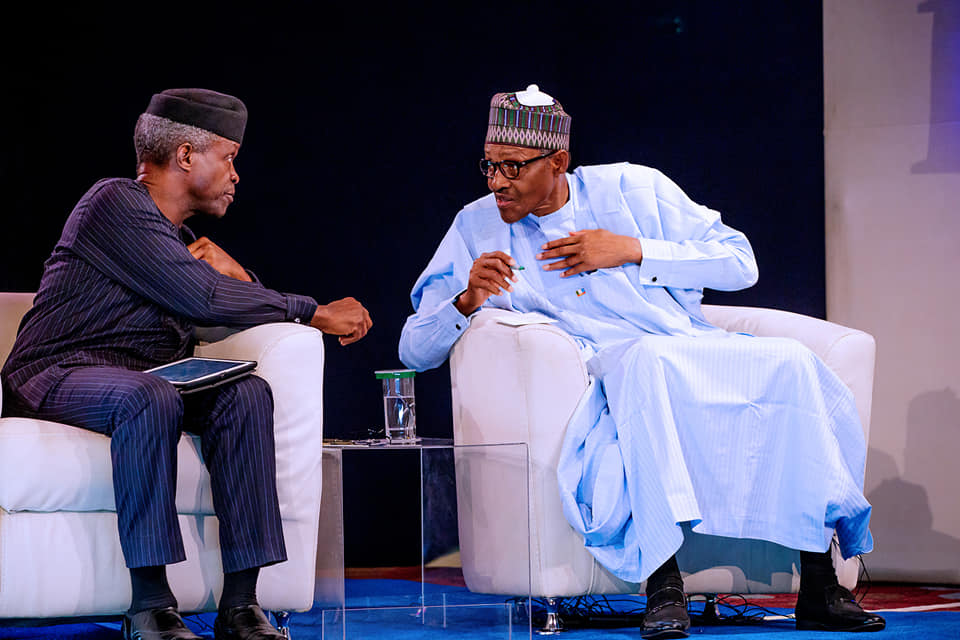 PRESIDENT Muhammadu Buhari’s appearance on ‘The Candidates’, a town hall event that is intended to bring the top candidates in the 2019 presidential election closer to the voters, was the major subject of discussion all day on Thursday.

The programme, organised by Daria Media and the Nigeria Television Authority (NTA), with support from the MacArthur Foundation, saw Buhari and his vice, Yemi Osinbajo give an account of their stewardship so far, and why they should be re-elected come February 16, 2019.

However, during the interview, Buhari failed to provide straightforward answers to some of the questions directed at him, perhaps because he genuinely forgot or he just chose to ignore.

Here are a number of them:

WHY HASN’T BABACHIR LAWAL BEEN PROSECUTED?

One of the first questions Buhari was asked was why the former Secretary to the Government of the Federation (SGF), who was removed from office after he was found guilty of abuse of office and contract scam, was yet to be prosecuted by the EFCC.

Rather than give a direct answer, Buhari tried to deflect the question, saying that the method of fighting corruption in the present dispensation is different from what obtained when he was a military Head of State.

He ended by saying that the public should help the administration by volunteering vital information that could lead to uncovering corrupt practices by public officers.

“If there is a strong allegation, the government may decide to ask the person (involved) to go, like the former Secretary to the Government of the Federation, we asked him to go,” Buhari said.

When the interviewer insisted on why Lawal has not been prosecuted despite having been sacked, Osinbajo interjected, saying that the matter was still before the EFCC.

WOULD YOU SUPPORT EDUCATION RESTRUCTURING?

Before this question, Buhari had blamed the local governments for their failure to effectively carry out their responsibility of providing basic education, the consequence of which is the Almajiri system of education in Northern Nigeria.

He was then asked whether he was willing to support restructuring such that certain items could be moved from the exclusive list to the concurrent and residual lists as the case may be, in order to improve education funding.

Again, there was no answer to this question, rather Buhari insisted that it was the duty of the local governments to “scream loud enough for Nigerians to hear them” if their respective state governors refused to make funds available to them to fund basic education.

“It is very difficult for the federal government, under this dispensation, to enforce education at all levels…” he said.

DO YOU BELIEVE THAT THERE’S CORRUPTION IN THE MILITARY?

Following the recent resurgence of the Boko Haram group and the alleged corruption among the Military hierarchy, Buhari was asked whether he was convinced that the there was something untoward going on. His response was not convincing.

“I believe the system is still working otherwise there will be a complete breakdown. The system is working but it is lots more difficult,” Buhari said.

Osinbajo, again, came to Buhari’s rescue, though he neither affirmed nor denied the issue of corruption among the military leadership. He rather said that “assuming there is any misappropriation of government funds, there is a clear process for ensuring that that is not the case, and if people are found to be guilty of those things, they will be prosecuted.

DO YOU FEEL YOU’RE HEALTHY ENOUGH TO CONTEST?

This was the second to the last question posed at Buhari, but the president did not attempt the question. This could be because Kadaria Ahmed, the interviewer, asked her two final questions together so that while answering one, Buhari forgot the other. It could also be because the time for the programme was up.

IF YOU LOSE, WILL YOU ACCEPT DEFEAT?

Buhari, again, did not provide a straightforward answer to this question. First, he said it was not possible. He asked the presenter to find time to watch his visits to Bauchi, to Kogi, and also watch his subsequent visits to other states, as well as the reaction of the voters.

When the presenter insisted on whether Buhari would accept defeat, he said, “that won’t be the first time I’m losing an election”.

AND THE QUESTIONS THAT WERE NOT ASKED…

One would expect that the issue of Nigeria’s almost comatose education and health sectors would feature prominently in an event such as Wednesday’s town hall.

Not a few Nigerians were disappointed that Buhari and Osinbajo were not asked what their administration has done to improve education in Nigeria, especially given that university lecturers have been on strike since the past three months.

Also, Nigerian young medical practitioners continue to leave the country in droves in search of better working conditions in the UK, US, and Canada. Medical facilities in the country are poorly equipped and staffed. Not even the State House Clinic fared any better. Yet, Buhari has spent more than 150 days in his first term in office on medical vacation in London.

The issue of a new minimum wage was also one that many expected would have been thrown to the President to provide a clearer position. But that too did not come up.