Booed? Between Osinbajo and angry market women in Ilorin 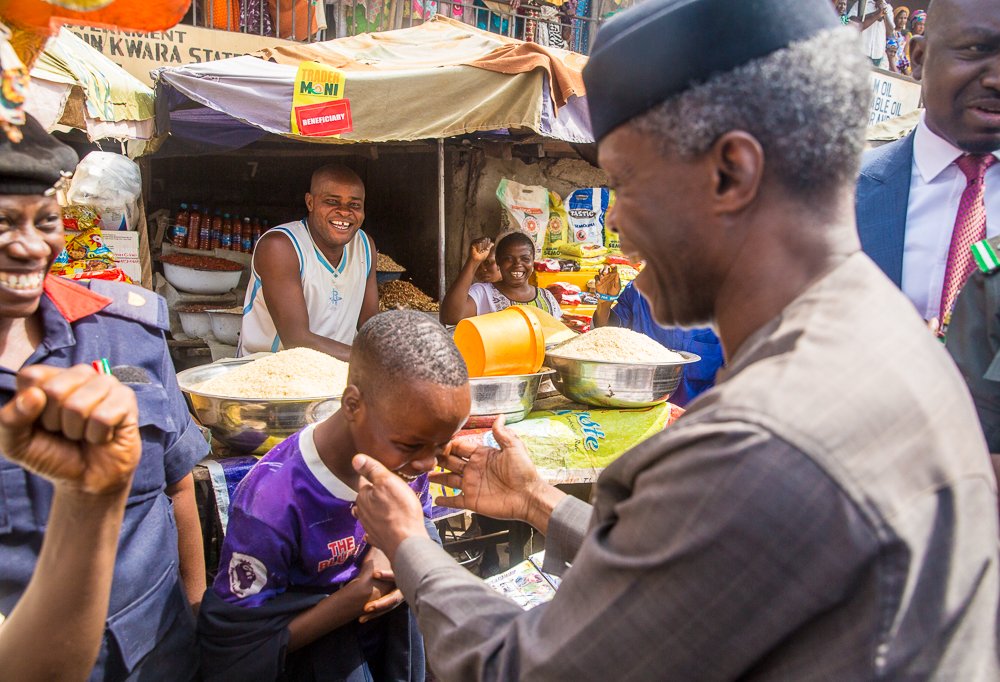 A VIDEO showing that the Vice President, Prof. Yemi Osinbajo was booed and chased away by angry people in a market in Ilorin, Kwara State capital has surfaced online. The post was shared on the website of SpyNigeria.ng News.

CrossCheck Nigeria a collaboration of newsrooms in Nigeria which includes The ICIR confirms that neither the Vice President nor his convoy was seen or traced to the scene of the video, based on verification checks.

Spy Nigeria, on January 10 posted on their website that the Vice President was chased away on Friday, January 4 from two markets in Ilorin where he was alleged to have gone to solicit for votes through the TraderMoni initiative of the Federal Government. The post garnered 505 shares on Facebook as at 11:25 am on January 14.

To verify this, CrossCheck Nigeria tracked the public appearances of the Vice President across the country from January 4 to date. Through his official Twitter account and that of his media aide, Laolu Akande, it can be confirmed that the Vice President has not been to Kwara State this year; and the last time he was in the State was on December 7, 2018, when he went to launch the state chapter of the Tradermoni scheme.

A geo-satellite search on the video reveals that it was actually shot at the UTC Shopping Complex, Area 10, Abuja.