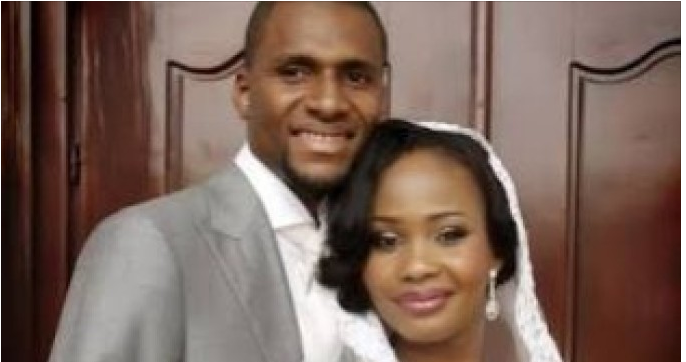 He never knew that so large a fortune could have so short a lease. When he did, he had been mowed to rubble by the wheels of vanity. As you read, the truth dawns on Chima Anyaso, the owner of Ceecon Energy, making him understand that fortune and status are nothing but mirage. That is why too many people engage in desperate pursuit of it and end up in a shameful form. This tragic transformation applies to Chima.

According to a report doing the rounds,  Chima Anyaso has been charged before a Federal High Court sitting in Lagos by the Attorney-General of the Federation (AGF) on a three-count charge bordering on forgery and N2,066,400 billion fraud.

Yes, some men toss away their conscience in pursuit of money. Eventually, they become beacons of dishonour by their pitch dark exploits. Like the proverbial turncoat that betrayed his people’s hopes soon after he was entrusted with the wheel of their collective destinies, Chima  perpetuated the worst form of treachery against his bank, GTB,  according to The Capital findings.

Anyaso was charged alongside his company, Ceecon Energy Oil and Gas Limited, in charge sheet marked FHC/L/332c/18, was alleged to have committed the offence on or about February 21, 2011. The oil marketer was alleged to have forged a letterhead paper of Total Nigeria Limited, dated February 21, 2011, with reference number AAC/CSO/OPS/, which he falsely presented to Guaranty Trust Bank (GTB), to obtained credit facility in the sum of N2,066, 400, 000 billion, for delivery of 15 metric tonnes of Aviation Turbine Kerosene (ATK).

He was also alleged to have on February 22, 2011, forged another letterhead paper of Total Nigeria Limited with reference number FEB/yjo.FIN22.11, dated February 22, 2011, which he presented to GTB for the payment of N2,066,400 billion, for the supply of 15 metric tonnes of ATK.

The AGF also alleged that the oil marketer fraudulently obtained the said sum from GTB as a credit facility.The offences according to the prosecutor, Mr Julius I. Ajakaiye, a deputy director in the AGF’s office are contrary to and punishable sections 2(1)(c) and section 1(1)(a) of Advance Fee Fraud and other related offences, Cap. A6 Laws of the Federation of Nigeria, 2004.

The prosecutor had told the court the criminal charge against the oil marketer and his company arose from a petition by Guaranty Trust Bank, dated January 19, 2017, and signed by one Sarah Ugamah and Tolulope Fadipe on behalf of the Bank.

However, at the resumed hearing of the matter on Tuesday, the prosecutor informed the court that the defendants have been evading services, he therefore urged the court for an order of substituted service, through an Expate motion, by way of posting the charge in defendants’ the last known address, which are number 16, Babatunde Dabiri Street, Lekki Phase 1 and Olaza 307/Suit 301, third wing, Worth Plaza, Adeola Odeku Street, Victoria Island, Lagos.

Justice Ayotunde Faji, while adjourning the matter till January 30, for a report of service, ordered that the charge sheet be posted at the last known addresses of the oil marketer and his company.