Warning! We Will Treat You As Terrorist If You Hide Information About Boko Haram, Nigerian Army Warns Maiduguri Residents 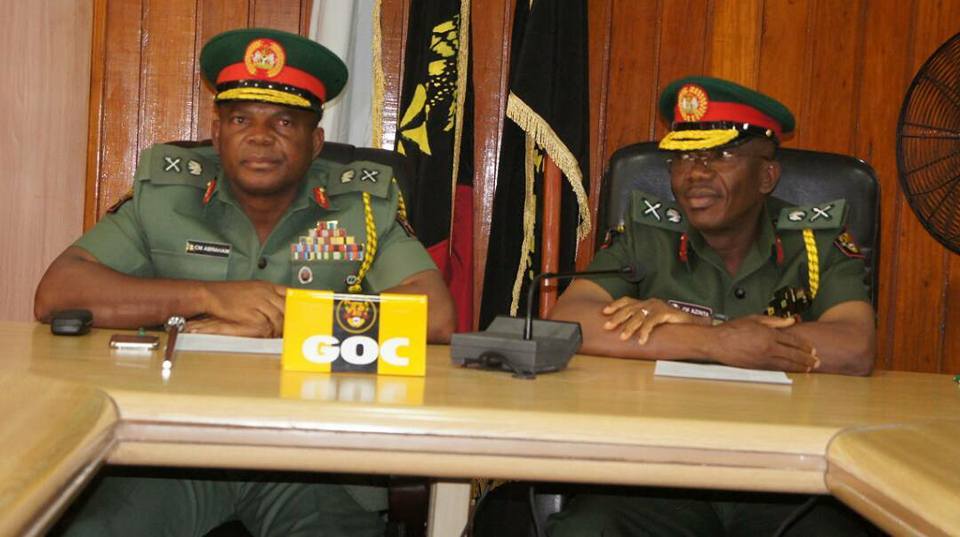 A statement from the operational headquarters of Operation Lafiya Dole, the military formation for the counter terrorism war in the North East region on Thursday has stated that civilians who hide vital information about the Boko Haram insurgence will be treated as terrorists

According to a statement signed by the spokesman of counterinsurgency operation, Onyema Nwachukwu, the military “would not be kind” to those who were aware of clandestine movements of Boko Haram into communities around Maiduguri and fail to report such to the relevant security authorities.Mr Nwachukwu, an army colonel, said the military has credible information that Boko Haram are moving into communities to “indoctrinate, recruit fresh members and asking others to vacate their homes”.

“There is credible information and evidence that in a bid to further intensify their psychological war and instil fear on the citizens, some elements of Boko Haram terrorists have infiltrated some villages in the fringes of Maiduguri city,” said Mr Nwachukwu, a deputy director, army public relations.They (Boko Haram) have clandestinely been going about threatening innocent residents, warning them to vacate their homes.So far, out of fear, several inhabitants have moved out of their ancestral homes. Consequently, we wish to inform all well meaning citizens, especially within Maiduguri metropolis and its environs to promptly report the presence of suspicious persons or avail the security agencies of information about such persons.

“Failure to report will be viewed seriously as it is tantamount to collaboration with the Boko Haram terrorists. Such compromising persons when found will be treated like the terrorists. Members of the public are enjoined to please cooperate and support ongoing operations to weed out the infiltrating terrorists and their sympathisers.”Yesterday, the military had, in the wake of fresh attacks in communities around Maiduguri, shut down the Maiduguri-Kano highway from Maiduguri up to Potiskum for about seven hours, as troops led by special forces conducted a search in communities along the 235km road where Boko Haram had been carrying out attacks.

Do you think this is an attack on human right ? Share your views below