Trouble Looms! PDP,APC Vows To Cause Trouble During Taraba Guber Polls As They Fail To Sign Peace Accord 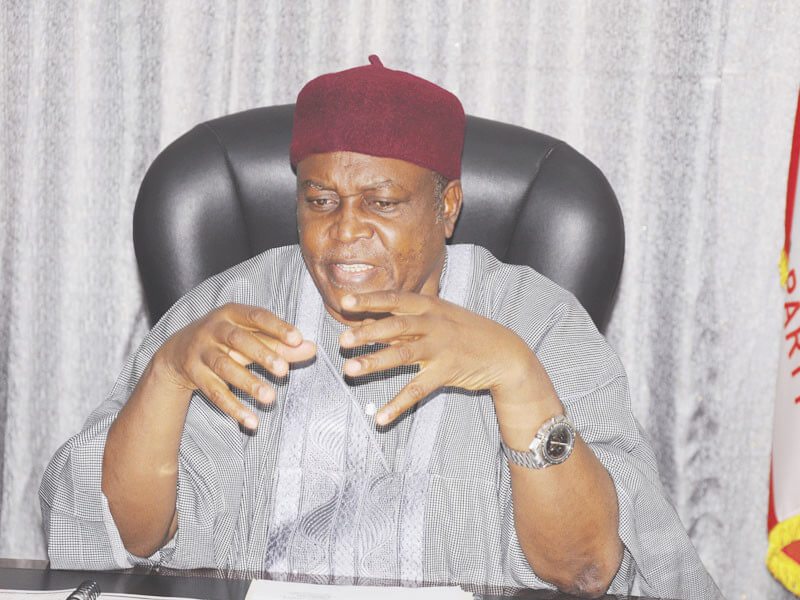 There may be chaos in Taraba State during the 2019 gubernatorial election as the  candidates of the All Progressives Party (APC) , Alhaji Sani Danladi the United Democratic Party (UDP), Sen. Aisha Alhassan, the immediate past Minister of Women Affairs and the Peoples Democratic Party (PDP)Gov. Darius Ishaku, failed to sign the Peace Path not to uphold violence

The signing of the peace accord took place on Thursday at the Police Command headquarters of Taraba in Jalingo.   14 other candidates, including Mr Kefas Sule of the Nigerian Television Authority (NTA), who is contesting on the platform of the All Blended Party (ABP) signed the peace pact. Mr David Akinremi, the Commissioner of Police in the state, who presided over the signing of the accord, said the aim was to commit the governorship candidates to peaceful conduct of the election.

“We cannot as a nation move forward if we fail to promote peace. I want to appeal to you stakeholders to shun violence. “If contesting election is for the sake of service, then there will be no need for violence before, during and after the election,” he said. Akinremi pledged that the Police and other security agencies would be neutral and will give all parties equal protection before, during and after the election. Alhaji Baba Yusuf, the INEC Resident Electoral Commissioner in the state, pledged to ensure a level playing ground for all candidates. Responding on behalf of the candidates, Sule thanked the security agencies for the initiative and pledged the resolution of the candidates to stand by the agreement.

He called on those absent to make efforts to sign the accord with a view to having a peaceful election in the state. NAN reports that representatives of Ishaku and Alhassan were turned down, as the peace accord officials insisted on signing in person, while Danladi was not represented.

Do you think it is right for the candidates to reject peace ? Share your views below