I Will Send My Wife And Son To Jail If They Are Corrupt, Buhari Vows 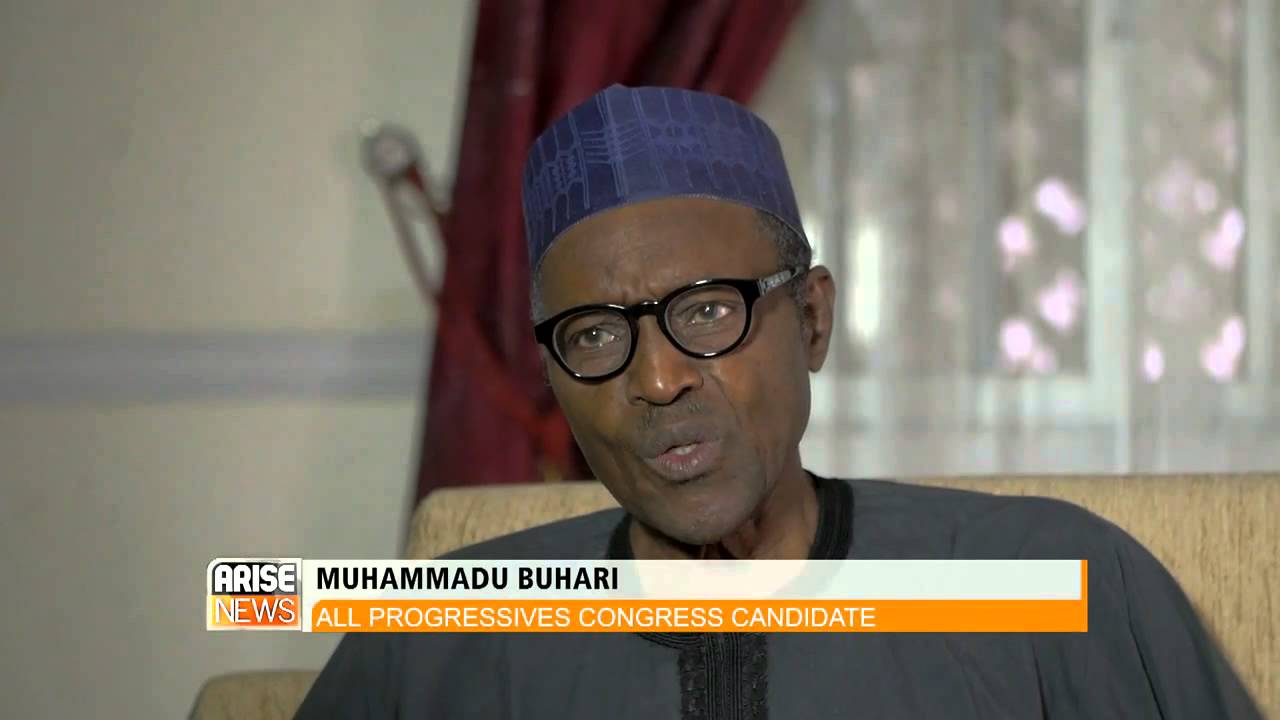 An urgent action will be taken very soon on the retirement of Ibrahim Idris, the Inspector General of Police, this was stated by President Muhammadu Buhari.

The President described as unfair, allegations that he was protecting some corrupt persons in his government while those in the opposition were being hounded. “It is a very unfair allegation against my integrity. I don’t think… anyway you are in a position to find out and if you do so, I don’t care. ‘’Publish it, even if my son or my wife has a company and they are involved in deals with Customs and and so on, bringing in illegal goods or whatever, I challenge you to do that.”
The President, who also noted that he refused to change service chiefs to avoid competition within the services, stated this in a recorded interview aired by Arise TV late Monday night.
Buhari also challenged anyone with information on alleged shady deals involving his wife and son to publish it, even as he denied instructing the Economic and Financial Crimes Commission, EFCC, to stop the probe of former governor of Akwa Ibom State, Senator Godswill Akpabio, who recently joined the All Progressives Congress, APC, from the main opposition party, Peoples Democratic Party, PDP. Asked specifically about the IGP, the President said: “I don’t think I’m afraid of him, I will take action.”

The IGP was expected to have retired on January 3 after completing his mandatory 35 years service but has remained in office. President Buhari had extended twice, the tenures of General Abayomi Gabriel Olonisakin, Chief of Defence Staff; Lt.Gen. Tukur Yusuf Buratai, Chief of Army Staff; Vice-Admiral Ibok-Ete Ekwe Ibas, Chief of Naval Staff; and Air Marshall Sadique Baba Abubakar, Chief of Air Staff, fueling speculations that the IGP’s tenure may also be extended. This has generated much controversy in the polity, with opposition political parties and other major stakeholders imploring the President not to extend the tenure of the IGP to guarantee free and fair election.

Explaining why he has not changed his service chiefs, the President said: “The head has to be very careful because you don’t know the ambition of the ones coming up behind.” He said the performance of the service chiefs might be disappointing but was quick to say that he took responsibility for not changing them. “My understanding of security is that when you have a case of emergency, you have to be careful with tampering with the head of services. This is again one of my personal experiences. ‘’I have been a governor, I have been a minister, I have been a Head of State, I came back, I tried to come back to this office three times but lucky on the fourth time.

Do you think the president can do this to his wife and children ? Share your views below