We Have Sent 312 People To Jail In 2018 For Corruption, EFCC Claims 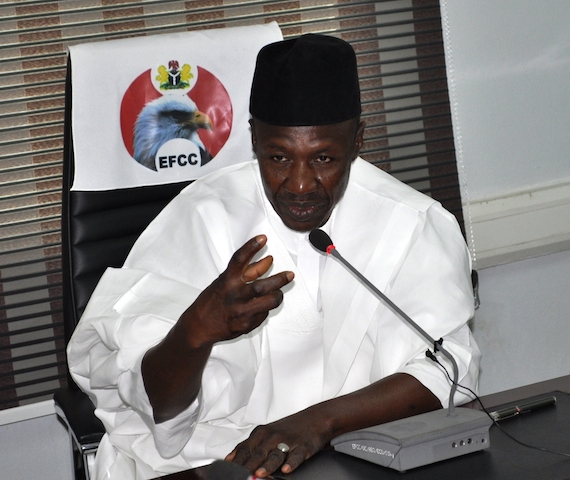 Foremost anti graft agency the Economic and Financial Crime Commission. (EFCC), has disclosed that it has been able to secure 312 conviction of Nigerians who underwent trail for diverse corruption offenses from January to December 2018.

The agency, in a statement by its acting spokesman, Tony Orilade, described the record of convictions as ‘undoubtedly’ a significant improvement on the 189 convictions recorded in 2017.

The statement said: “More significantly is that it includes the conviction of two Politically Exposed Persons, PEPs – Jolly Nyame, a former governor of Taraba State and Joshua Dariye, a serving Senator and a former governor of Plateau state. Both are currently serving jail terms at Kuje Prison. A Senior Advocate of Nigeria, Joseph Nwobike, who has been stripped of the highly revered legal title, was also convicted for perverting the course of justice.

“Dariye and Nyame, who were sentenced to 14 years in prison had approached the Court of Appeal to challenge the “guilty” verdict handed down on them by a Federal Capital Territory High Court, Gudu presided over by Justice Adebukola Banjoko. However, while upholding their convictions, the Appellate Court commuted Dariye’s jailterm to 10 years, and that of Nyame to 12 years with a fine of N495 million.

“With the convictions, the EFCC, led by Ibrahim Magu as the acting Chairman, has remained consistent in its concerted efforts aimed at ensuring that the negative narrative of pervasive corruption in the system is changed for the better, and the perception that some persons are above the Law, is altered

“The record of convictions cuts across the various offices of the EFCC with Lagos securing 85 convictions, Abuja with 53, followed by Kano with 36. Port Harcourt secured 33 convictions, Gombe recorded 28; Benin had 27; Enugu, 15; Maiduguri, 11; Ibadan, 10; Uyo, 8, and Kaduna, 6.

What do you think about this statement by EFCC ? Share your views below