Spend Money Without Our Appropiation And Go To Jail, Reps Threaten Ministers 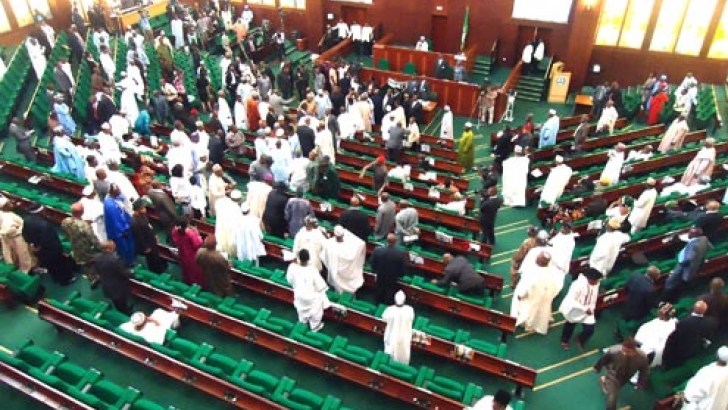 Members of the lower chamber, the House of Representative on Tuesday disclose to Ministers and other public office holders in the Executive arm of government that their budgetary allocations were subject top scrutiny at all times and they risk jail terms if they spend without appropriation.

The lawmakers also said it would be an illegality which attracts a certain jail term should any minister go ahead to spend money not appropriated by the Legislature. They therefore decided that henceforth, executive officials that fail to give a comprehensive account of allocations made to them would not have their 2019 budgets approved by the House. Chairman, House of Representatives Committee on Aviation, Hon. Nkiru Onyejiocha handed down the warning at a public hearing meant to scrutinize chief executives of 4 agencies in the sector on the performances of monies appropriated to them.

The officials included the Directors-General of the Federal Airport Authority of Nigeria, (FAAN), that of Nigerian Civil Aviation Authority (NCAA); and Accident Investigation Bureau (AIB), as well at the Nigeria Meteorological Agency (NiMet). Angry that none of the invited chief executives honoured the invitation sent to them to appear and defend their budget performances of the last 18 months, the committee which refused to take presentations from their representatives ruled that the Minister of Transportation, Chibuike Rotimi Amaechi, and his aviation counterpart, Hadi Sirika must appear before the lawmakers on Thursday this week. APC Rep Primary: CAN, PFN leaders hail Waive’s victory While the FAAN DG was reported to have a scheduled meeting with the Ministry of Transport today (Tuesday), his NCAA counterpart was however said to have travelled outside the country on medical leave, with his acting head said to be in Lagos. The same reason was also given for the absence of the commissioner of the AIB. At this juncture, the Chairman of the Committee, Onyejiocha retorted.

She said: “The man is in Nigeria and attending to some foreigners in his office. My brother, I take exceptions to the fact that the AIB Commissioner is in Nigeria and he’s attending to foreigners and has prioritised that meeting over and above a scheduled session with this committee, she said, stressing the toll lack of accountability is taking on budget performance. “Now we have this attitude that leads to lack of accountability in budget implementation, because as we speak, we don’t know how much has been released to them, how much has been spent and what it was spent to achieve. “And in less than two days from now, they will tell us to accept their 2019 budget proposal and approve same, we can’t take that from anybody henceforth.

“If we don’t appropriate you can’t spend, and if you spend without our appropriation you go to jail. The national assembly has been slighted to the barest minimum and the ministries and agencies are doing same. “The minister’s own is even worst because he always finds reasons not to honour our invitation and we are done condoning that. “Whoever failed to defend their 2018 budget performance will not get a budget in 2019 and we will make sure that those who deliberately avoid our oversight will have no appropriation for next year. “You can’t keep spending public funds as you want without accountability to the people whose money you’re spending, and as representatives of the people, we are here to tell you that is completely unacceptable”. The Committee however took presentations from the Nigerian Civil Aviation Technology (NCAT), Zaria, Kaduna State, represented by the training manager of the school, Captain Hassan Abdulrahman Jimoh.

He was eventually asked to update his documents regarding a $1m simulator equipment procurement contract and report back to the committee on Thursday morning before the resumed hearing. Lawmakers also demanded for explanations on N974m budgeted for fencing and another N49m for water treatment facility at the school. Surprised that such a huge amount was said to have been expended, the lawmakers wondered if the school perimeter fencing covered the entire Kaduna state and whether it was establishing a water bottling company to have spent those amounts.

What do you think about this story ?  share your thoughts below