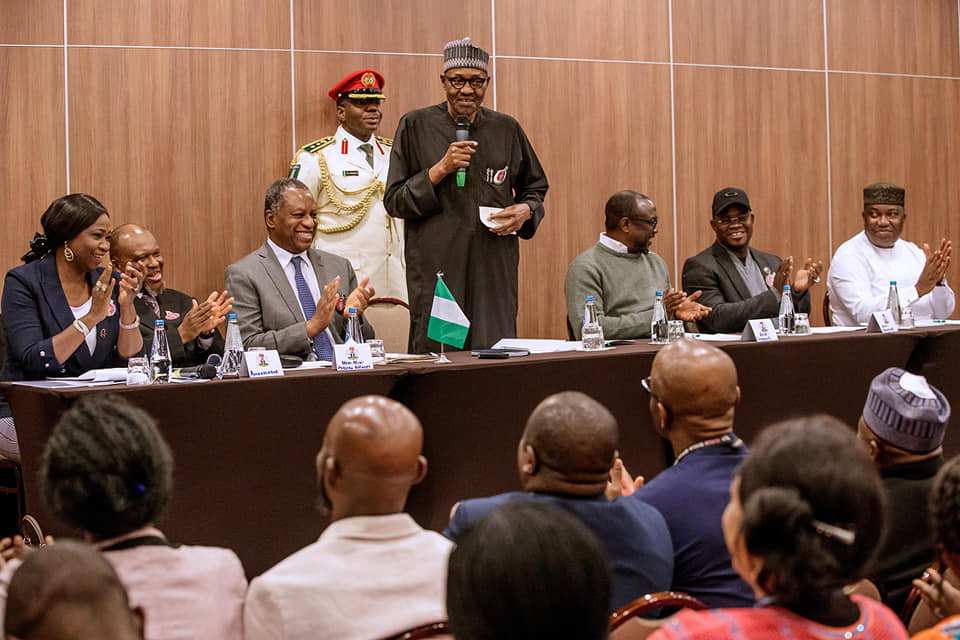 After a much protracted silence on the rumour flying around, President Muhammadu Buhari yesterday silenced rumour mongers as he broke his silence on rumours which suggested that he was dead and had been replaced  by one Jubril, a double from Sudan.

“A lot of people hoped that I died during my ill health. Some even reached out to the vice president to consider them to be his deputy because they assumed I was dead. That embarrassed him a lot and, of course, he visited me when I was in London convalescing… It’s real me; I assure you. I will soon celebrate my 76th birthday. I am still going strong,” Buhari said.

The President made the clarification through a statement by his Senior Special Assistant on Media and Publicity Garba Shehu, while responding to questions during an interactive session with the with the Nigerian community in Krakow, Poland.

A member of the audience had asked Buhari to shed light on the matter.

Buhari, who was in the country for the Conference of the Parties (COP24) of the UN Framework Convention on Climate Change (UNFCCC), described the rumour as “ignorant and irreligious”.

Buhari used the occasion to restate his government’s commitment to security, the economy and the fight against corruption.

“Those in the northeast will tell you that in spite of the recent setbacks, there is a difference between the time we came and before. We are not doing badly on security, economy and agriculture. We have virtually stopped the importation of food especially rice and we are saving a lot of money.

“We now have food security and that has come with fiscal security because a lot of young educated people have not regretted going back to the farms and earning a respectable living. I am afraid; this is not receiving good publicity. But a lot of people in the rural areas are enjoying the benefits of our interventions in agriculture,” he said.

He urged Nigerians to remain vigilant and supportive of Federal Government’s efforts to ensure the security of life and property in the country. While acknowledging that financing the security sector has been challenging, he maintained that the Nigerian Armed Forces were equal to the task.

In his remarks, the Ambassador of Nigeria to Poland, Mr. Eric Adagogo Bell-Gam, praised Nigerians living in the country for being worthy ambassadors of the country.

Is there really an impostor in Aso Rock? Who is Jubril? How can we be sure this statement is true? Shouldn’t Buhari tell us his health condition? Let us know what you think on these pressing National issues.