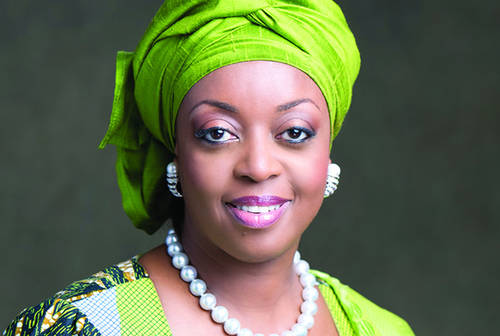 The EFCC is now armed with a leave to arraign and prosecute the former Minister of Petroleum, Diezeni Alison-Madueke and a former Chairman of Atlantic Energy Drilling company, Olajide Omokere.

The Economic and Financial Crimes Commision was granted this leave by an Abuja Federal High Court on Monday.

The two accused are to be arraigned on a five count charge bordering on conspiracy and illegal act of accepting and giving gratifications.

Trial judge, Justice Valentine Ashi, granted the EFCC leave, after the prosecution counsel, Mr Faruk Abdullahi told the court that while investigations were ongoing,  the former minister left the country and is currently in the UK.

He alleged that Alison–Madueke, refused to honour an invitation by the EFCC to appear at the commission.

The suspects, are to be arraigned for allegedly accepting and giving gifts of properties described as penthouse 22, Block B, Admiralty Estate, Ikoyi, and penthouse 21, building 5, block C, Banana Island, Lagos.

The EFCC said the alleged offence,  contravened the provisions of Sections 26(1) and 17 of the Corrupt Practices and Other Related Offences  Act, 2000.

In response, counsel for the second defendant, Tayo Adeniyo SAN, told the court that his client has not been served with the charges and is client is ready to clear his name.

NAN reports that on November 11, the EFCC confirmed that the process to repatriate the former Minister of Petroleum, Alison-Madueke, from the United Kingdom has begun.

Whats your view on EFCC’s hunt and insistence on trying Alison-Madueke? Do you think she is indeed guilty of all she is reported to have stolen and received? Or do you think the EFCC is just witch-hunting her? Let us know.