BREAKING! Big Blow For Atiku As Another Political Party Adopts Buhari For 2019 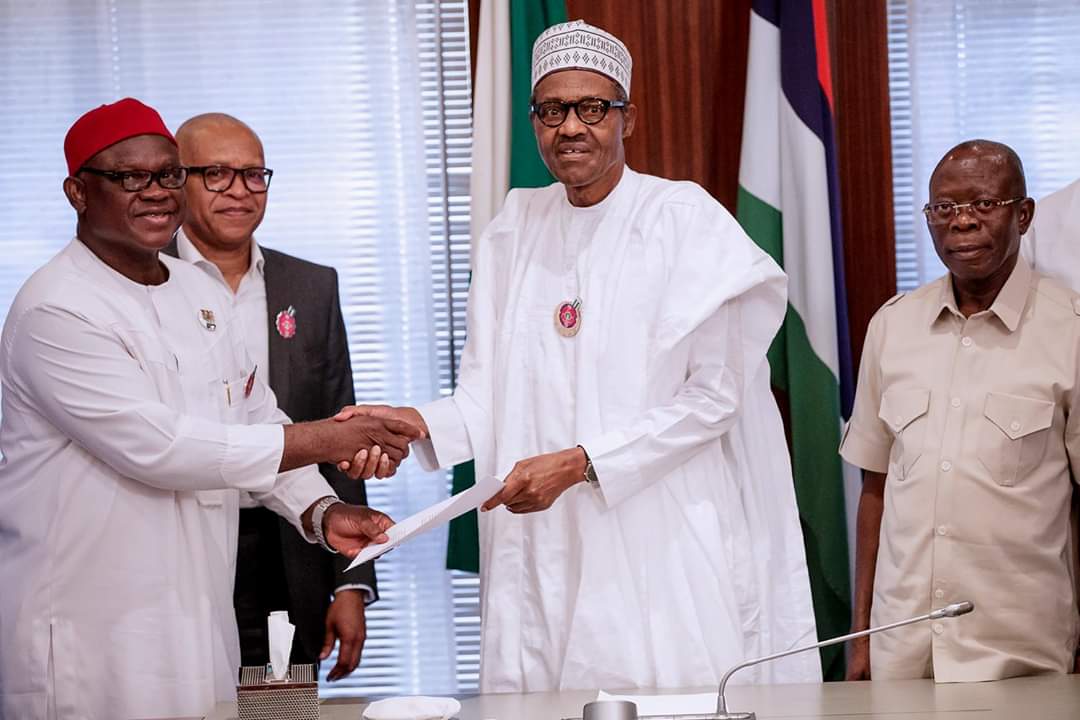 President Muhammadu Buhari has received a big boost ahead of the 2019 polls as another political party have signified their intention to adopt his candidacy for next year’s poll.
The United Progressive Party has said that it will adopt Buhari as its candidate for the 2019 polls on Tuesday, next week.

The Chairman of the party, Chief Chekwas Okorie, announced this in Abuja after a closed-door meeting with Buhari at the Presidential Villa.
He also told State House Correspondents that Igbo leaders never met formally to endorse former Vice-President, Atiku Abubakar.

Since August, there had been indications that the United Progressive Party, UPP will throw their weight behind President Muhammadu Buhari as their Presidential candidate for the 2019 presidential election.

The party had ruled out the possibility of going into alliance with the Peoples Democratic Party, PDP, despite attending some of the meetings with relevant political parties that formed the Coalition of United Political Parties, CUPP.

Responding to the question that there was an understanding between UPP and APC to work together in 2019 at that time (August 2018),  he said there was no such understanding at the moment but expressed the optimism that it could be possible.

He said, “There is no political romance at the moment, there is no understanding of any kind, of course there has to be some interface at a certain level before understanding can be reached.

For instance, you have a group of political parties that went and signed a MoU with the PDP. So such people can no longer claim that they have no relationship with the PDP. They have an umbrella body they call CUPP.

“Having said that, in UPP we believe in following due process, if we have made up our mind one way or there other, there wouldn’t have been meeting for the NEC meeting to consider which way to go and “But I can tell you that PDP doesn’t hold any attraction to us at all. The reason is that we were invited to all the meetings, in fact, it is actually the APC that hasn’t even been inviting parties to any kind of meeting. I can tell you there is no room for us to relate with PDP at all.” the UPP chairman emphatically declared.