What President Buhari and Osinbajo will never do? 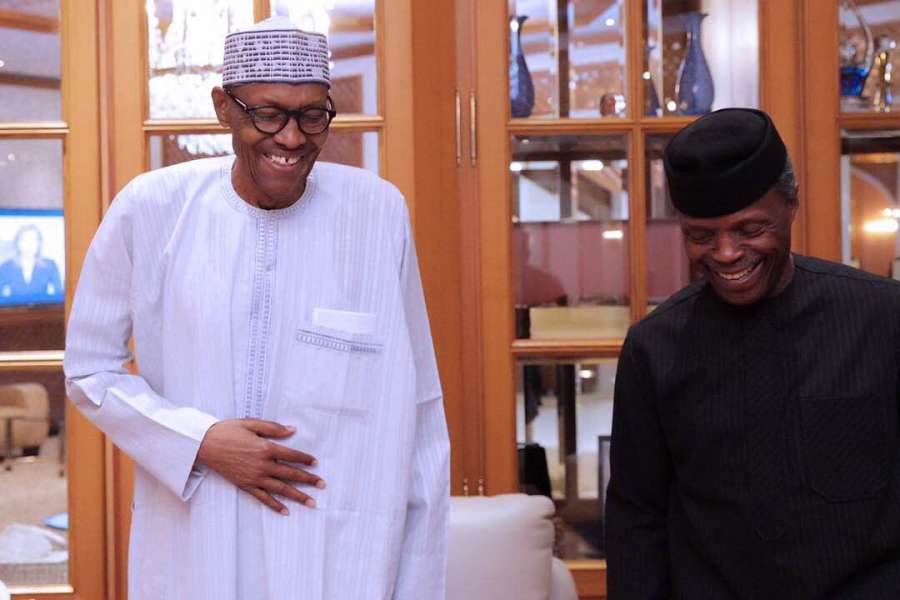 Vice President Prof Yemi Osinbajo has said that Nigerians will never find him and President Muhammadu Buhari deceiving Nigerians. According to Osinbajo, the Buhari administration was concerned about the plight of ordinary Nigerians and would continue to carry out programmes that would improve their lives. Osinbajo said this on Monday when he appeared on Brekete Family, Reality Radio Talk Magazine programme on Human Rights Radio, Abuja, where he was featured. Osinbajo’s speech was forwarded  by a Senior Special Assistant to the President, (Office of the Vice President) Laolu Akande. He said, “The focus of our government is on how things can be better for the common man. “We are not in the business of trying to deceive Nigerians. You can accuse myself and the President of anything, but you will never find us deceiving Nigerians.” While making references to the Buhari administration’s National Social Investment Programme (N-SIP), the VP noted that the administration is able to do so much more with less resources.

This he said was possible because, “The President has ensured that nobody steals money from the treasury. The major problem Nigeria had before now was the fact that people stole from the nation’s coffers. Once the country is able to stop corruption, it would be better. “The first thing we did was tackle unemployment by employing young men and women through the N-Power job scheme, which has so far employed 500,000 young graduates. “Every state has N-Power, noting that there are plans to employ more because of the number of graduates. This is a social safety net for young unemployed Nigerian graduates. “So far, we have given about 400,000 MarketMoni loans, but the target is to give 1 million loans to artisans and traders, while TraderMoni loans is a N10,000 interest-free loans to petty traders, of which 2 million are expected to be reached in the first phase.”

“The Buhari administration’s Energizing Economies Initiative, which is being implemented by Rural Electrification Agency (REA), is designed to provide clean, stable and affordable electricity to Nigerians in these economic clusters. So far, thousand of shops in Sabon Gari in Kano State, Ariaria market in Aba, Isinkan market in Akure, Ondo State, Edaiken market in Benin, Edo State, and Sura market, Lagos, have been provided solar power through the initiative.

Speaking further on the benefits of the N-SIP, the Vice President assured Nigerians that the Home-Grown School Feeding Programme was authentic and was a major part of the administration’s plan to improve lives of Nigerians. “Currently, it feeds daily over 9 million schoolchildren in public primary schools in 26 states. Also, the products are sourced from local farmers, which improve local economy,” he said.

Prof. Osinbajo further stated the administration’s commitment to developing the Niger Delta region and how its engagement has helped to maintain peace and stability in the region, which has also improved oil production and the country’s revenue.