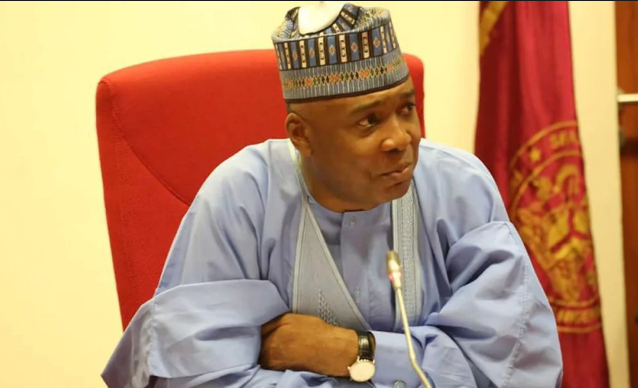 Under the cover of conveying condolences, the hierarchy of Peoples Democratic Party, PDP, yesterday, perfected plans for the return of some of its former members, including Senate President, Dr Bukola Saraki, and three state governors.

The three governors that had been won over as at yesterday were Governors Aminu Waziri Tambuwal of Sokoto, Samuel Ortom of Benue and Abdulfatah Ahmed of Kwara. The exact number of National Assembly legislators involved in the move could not be ascertained at press time.

Governor Ortom’s return to the PDP, a top source told Vanguard, was, however, yet to be fully perfected upon issues in the local chapter of the party. Yesterday’s strategic moves spearheaded by the national leadership also had Governor Nyesom Wike of Rivers State as a collaborator. The PDP, Vanguard gathered, had summoned all its declared presidential aspirants for a condolence visit to Sokoto upon the recent attacks by alleged bandits that left 39 persons dead.

All the presidential aspirants, including Atiku Abubakar, Tanimu Turaki, Sule Lamido, Ibrahim Shekarau, were on the trip to Sokoto. The party’s Board of Trustees, BoT, and elements of the National Working Committee, NWC, were also on the trip, Vanguard gathered. Speaking on the occasion, Secondus said the delegation was in Sokoto to condole the people and government of Sokoto State over the attack by bandits at Tabbani village in Rabah local government of the state.

He said:“We are here with a high-powered delegation to pay condolence to the people and government of Sokoto State over the attack. We are also in pain as you are because whatever happens here in Sokoto happens all over the country. The killings all over Nigeria are painful and people are living in fear because we don’t know where it will happen next. From January till date, no one can account for the number of people killed. What we see every day is blood flowing everywhere.”

Responding, Tambuwal said: “Sokoto has been very peaceful not until last week when, for no reason, some marauders attacked Tabanni village. We now have more than 5,000 people as internally displaced persons, IDPs.  We are consoled by your visit. We are touched and concerned. We shall never forget this day.”

Following the open discussion, the team had private discussion with Tambuwal, after which the team proceeded to Illorin for the 8th day fidau prayers  for Alhaja Aishat, mother of Alhaji Kawu Baraje, chairman of the New Peoples Democratic Party, nPDP. Following the fidau prayers, the visiting delegation met privately with Senator Saraki, Governor Ortom, Ahmed, Tambuwal, among others.

Those who did not feature at the fidau but were present at the meeting included Tambuwal, Lamido, and Secondus. However, a source at the meeting told Vanguard:  “All those present at the meeting are coming into PDP. Yes, we had issues with Benue but it is being sorted out.” Contacted over the meeting, spokesman of Peoples Democratic Party, PDP, Mr Kola Ologbodiyan, said the meeting could not be said to be a convened one, describing it rather as a gathering of like minds.