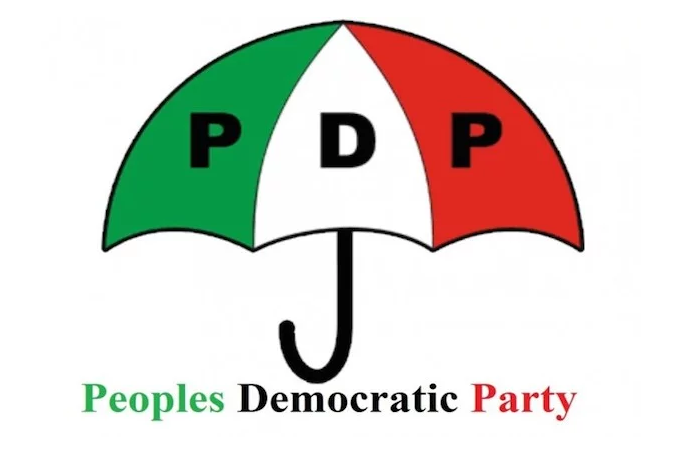 The Peoples Democratic Party, PDP, on Thursday hinted on pulling out of the 2019 general elections if the Independent National Electoral Commission, INEC, and security agencies fail to establish their impartiality. PDP’s National Chairman, Uche Secondus said this at the party’s national secretariat, Abuja while hosting a combined delegation of the International Republican Institute, IRI, and the National Democratic Institute, NDI.

He lamented INEC’s alleged manipulation of vote figures in the recently concluded Ekiti governorship election in favour of the All Progressives Congress, APC. Secondus also accused the Nigeria Police Force of chasing away PDP agents from various polling centres particularly areas known to be its strongholds.

He said, “We are still contemplating on whether we will participate in the 2019 elections or not. We are yet to take a decision on this. We are not sure that the security agencies and INEC would be impartial and transparent. In the Ekiti elections, there were instances our party agents’ tags were removed and given to the APC agents. There were clear cases of manipulation, ballot snatching and harassment of our party agents.”

It would be recalled  Mr Uche Secondus, a few months back said the party was coming up with “Generation Next” programme for repositioning youths to take over leadership in 2019.
Secondus made the disclosure at the opening of PDP Youth Leaders meeting in Abuja.

He said that the programme was designed to prepare the youth to take over political leadership in the country. According to him, with the programme, age barrier will be removed and a 25-year old that is popular and intelligent can be voted into power as governor. Secondus urged the youths to mobilise young people in their communities irrespective of party affiliation to rescue the country in 2019. He also charged the youths to rise and defend marginal unity and democracy in the country. According to him, any nation whose youths are not participating in the development process is heading for doom.

The chairman recalled that at 32, Gen. Yakubu Gowon became Head of State and that with youthful energy, presided and piloted over the affairs of Nigeria. He said that Gowon succeeded in keeping Nigeria as a united entity along with other military governors who were also youths. “Unless you come out and volunteer to make that sacrifice, you will not be noticed and the country will be missing you. “Today is the day to go into memory lane, make firm declaration and stand by it; the country needs the youth and the party is ready to allow you participate,” he said. Secondus said that Nigeria had never been polarized as being witnessed currently, adding that unless the youth rose to rescue the nation, there would be nothing left for the next generation.

He said that the rebranded PDP was practicing internal democracy and assured that henceforth, they would be no imposition of candidates in the party. He revealed that there was a new reward system in PDP and that only those who delivered their polling units for the party at elections would get appointment. Earlier, the National Youth Leader of the party, Mr Sunday Ude-Okoye, had said that the meeting was to avail youths the opportunity to deliberate on strategies to take over power in 2019. He said that youths in the country were angry as majority of them had no jobs, yet they were being displaced and losing their lives and property to violence. Ude-Okoye said the youths wished to return home to a healthy living, stating that democracy must be allowed to run smoothly. (NAN)