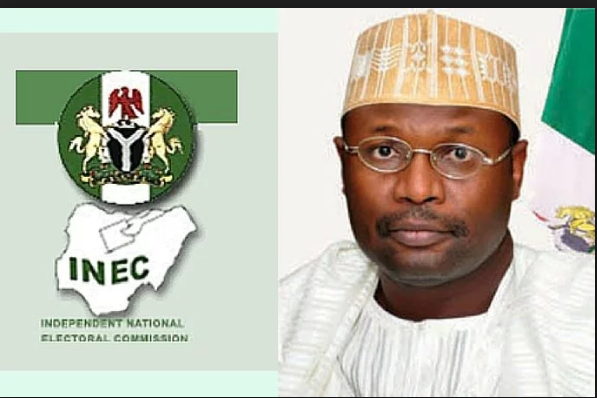 No fewer than 7,727 ad-hoc staff would be recruited by Independent National Electoral Commission to conduct bye-election into Katsina North Senatorial District in Katsina State. The News Agency of Nigeria reports that the election followed the death of the senator representing the area, Sen. Mustapha Bukar on April 4, after a protracted illness.

The INEC Resident Electoral Commissioner, Alhaji Jibril Ibrahim-Zarewa disclosed this at a stakeholders meeting on Thursday in Katsina. “The Senate informed INEC of the vacancy in a letter received on July 13, 2018. The commission has 30 days to conduct the by-election between July 13 and Aug. 12,” he said.

He said the ad-hoc staff to be recruited would include NYSC members, students of tertiary institutions and staff of Federal Ministries, Departments and Agencies working in the state. Zarewa revealed that Smart Card Reader machines would be used for the verification and accreditation of voters during the exercise.

He said that the constituency covered 12 local governments including Baure, Bindawa, Daura, Dutsi,  Ingawa, Kankia and Kusada. Others are Mai’adua,  Mani, Mashi, Sandamu and Zango. He said going by the 2015 General Election, all the affected local governments have a total of 855,092 registered voters.

He noted that 835,013 voters collected their Permanent Voter Cards, with remaining balance of 20, 079 uncollected. He further said that INEC embarked on Continuous Voter Registration exercise early 2017, for persons who transferred their registration areas or applied for replacement of lost PVCs.

He said, “A total of 23, 105 voters have so far registered, 6, 066 PVC’s collected with remaining balance of 15, 892,” he said. He appealed to the political parties, media,  traditional and religious leaders, as well as other stakeholders to cooperate with the commission to ensure success of the exercise.

‘INEC is up to the highest tenets of integrity, openness, laying level playing ground for a free, transparent, credible and acceptable election. We will live up to our vision, mission and core values of integrity and impartiality,” he said.

The Independent National Electoral Commission (INEC) says it will on Friday, announce the date for the conduct of bye-elections for vacant seats in the National and State Assemblies. Chairman of INEC, Prof. Mahmood Yakubu, made this known during the commission’s meeting with its Resident Electoral Commissioners (RECs) on Wednesday in Abuja.

Yakubu said that the date to be announced would be for all the bye-elections in Bauchi South and Katsina North Senatorial Districts, Lokoja/Koton Karfe Federal Constituency, Kogi and Obudu 1 State Constituency in Cross River. The commission had on Friday announced receipt of formal notification on the vacancies in the National Assembly and State House of Assembly. Yakubu said that the commission was already consulting with stakeholders in the affected states on the elections to fill the vacancies, which were all caused by death of the representatives.

“Consequently, the commission is set to conduct bye-elections to fill the vacancies in the four constituencies which have over two million registered voters spread across 3,355 polling units in 234 Wards and 22 local government areas. Consultations with stakeholders in the affected States are ongoing.

“Considering the requirement of the law that such elections shall be conducted by the commission within 30 days following the declaration of vacancy, we are planning to conduct all the four elections on the same date.

“The detailed Timetable and Schedule of activities will be released on Friday this week. These bye-elections will offer the commission yet another opportunity to fine-tune our processes and procedures in preparation for the Osun governorship election and ultimately the 2019 general elections,’’ he said.

The chairman said that the meeting would reflect on just-concluded governorship election in Ekiti and preparations for similar exercise coming up in Osun on Sept. 22. He reassured Nigerians that INEC would continue to improve on the quality of elections, drawing from the lessons learnt from the collective experience of conducted elections into 181 constituencies since the 2015 general elections.

These, according to him, are made up of six governorship elections, 11 Senatorial Districts, 23 Federal Constituencies, 73 State Constituencies and 68 Area Council Constituencies in the Federal Capital Territory. Yakubu also disclosed that so far, INEC had registered 10,292,647 new voters as at July 13 under the ongoing Continuous Voters’ Registration (CVR) which commenced in April, 2017. He assured that all registered voters in the CVR to be suspended on Aug. 17, would get their PVCs before the 2019 elections.

“So far, a total of 10,292,647 Nigerians have been registered as at July 13.  The commission has been giving periodic update to stakeholders and also publishing the detailed breakdown on our website for public information. Beyond the CVR, this meeting will also strategise on the issue of uncollected Permanent Voter Cards (PVCs).  wish to reassure all registered voters that their PVCs will be available for collection before the 2019 general elections,’’ he added.