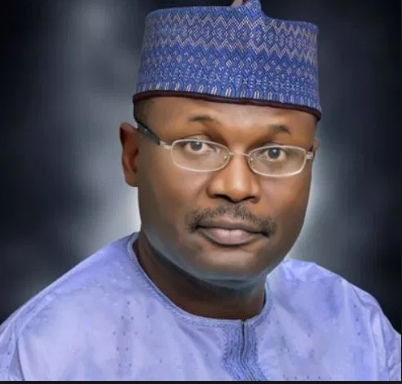 The Independent National Electoral Commission (INEC) has announced that the voters’ registration exercise will from August 1st extend to weekends. This was revealed in a statement released by the commission on Wednesday.

INEC had previously said the Continuous Voting Registration will be suspended August 17. To ensure more people register, however, the commission will now allow weekend registration, and will extend weekdays from 9 AM – 3 PM to 9 AM – 5 PM.

The Independent National Electoral Commission (INEC) on Wednesday announced the inclusion of weekends and public holidays as ‘work days’ of its personnel in the ongoing Continuous Voter Registration (CVR).

The commission in statement by its National Commissioner and Member, Information and Voter Education Committee, Mallam Mohammed Haruna, in Abuja said the extension to those days would commence on August 1 and end on August 17 when the exercise would be suspended until after the 2019 general elections.

Haruna said that decision to extend the registration period was reached at commission’s meeting with Resident Electoral Commissioners (RECs) from all the states and the Federal Capital Territory (FCT) which reviewed the nationwide exercise.

The statement added that the exercise would also be extended from 9 a.m. to 5 p.m. daily, instead of the current daily duration of 9 a.m. to 3 p.m.

“Against the backdrop of the decision to suspend the exercise from Aug.17 until after the 2019 general elections, it was resolved that starting from Aug. 1, the CVR exercise will take place between 9 a.m. and 5 p.m. instead of 9 a.m. – 3 p.m. as obtains presently.

“It was also resolved that there will also be registration on Saturdays and Sundays as well as public holidays (if any) within the period,” he said.

The commission assured Nigerians of its commitment to ensuring free, fair and credible elections in 2019, and said that it had reviewed the conduct of Saturday’s governorship election in Ekiti.

It also said that it had started preparations for the governorship election Osun scheduled for Sept. 22.

“INEC noted the satisfactory conduct of the Ekiti governorship election as attested to by both domestic and international Observers, the Media and other Stakeholders.

“The meeting also noted with deep concern, the rising phenomenon of vote-buying during elections and restates its commitment and determination to continue to work with all stakeholders, especially the security agencies, to stem the ugly trend,” it added.

It would be recalled that Rotimi Oyekanmi, chief press secretary to the Independent National Electoral Commission (INEC) chairman, once said the commission has yet to decide upon when to halt the ongoing continuous voter registration (CVR) exercise.

He made this statement to the ICIR in reaction to a report that INEC “is being pressured to prematurely halt the ongoing continuous voter registration exercise by powerful political interests”.

Oyekanmi explained that sufficient time is needed to complete “certain processes” between the time a person registers and the time the voter’s card is issued, and “this could take about 180 days”.

“Since the Commission wants every new registrant to get his or her PVC, it may be expedient to stop the CVR in good time for the processes to be completed,” he said.

“And pray, how is that connected with the allegation that some powerful people are putting pressure on the INEC Chairman?

“Ideally, the CVR could stop 60 days to the general elections. But those who register in December 2018 may not be able to collect their PVCs before the February 16 election, due to the processes that must take place between the time you register and when the PVCs are printed.

“Those who are certain to collect their PVCs are those who can register by July ending for instance. That is the challenge. And remember, the Electoral Act says ‘not later than 60 days’. Note that the Commission has not yet decided on when to stop the current CVR exercise.”