Fayemi speaks on why he will probe Fayose 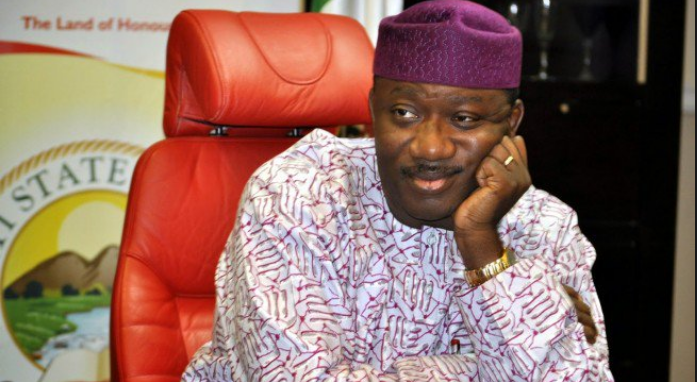 The Governor-elect of Ekiti State, Dr. John Kayode Fayemi, on Thursday said that his administration will not hesitate to look into the financial records of the Governor Ayodele Fayose when he takes over government. The governor-elect who stated this while speaking to State House correspondents after meeting with President Muhammadu Buhari behind closed-doors at the Presidential Villa, Abuja, also denied that his party, the All Progressives Congress, APC, engaged in votes buying as being alleged in the July 14, governorship election in the state.

He said that he was already in the transition period on how to put the in coming government together and also looking at the assets and liabilities of the state. He explained that the essence of looking into the financial records of the state was not targeted at the administration of the outgoing governor, Mr. Fayose, rather to find out why the government was unable to pay salaries to workers. According to him, “We are in the business of putting the government together. We are in the transition stage we beginning to look into the record of the state, its assets and liabilities and we expect the outgoing government to extend its hands of cooperation to us. We will engage also all of our professionals to ensure that we deliver good governance to Ekiti people. That is what they voted for and that is what we intend to give. So, basically, this three months will be used for this purpose.”

On what gave his party, the APC victory in the polls, he said, “What sold us to the people is really the track records of our commitments to social investment, good government, transparency in government, extensive infrastructure and community involvement. These were the things.  Every where we went during the campaign, we were able to show what we did for each community. All of our 132 communities, there were projects in all of them and they knew that our government was regular in payment of salaries, support to a range of the weak and vulnerable in the society and that was really what sold us. We have always been interested in seeing that our people live a decent life, a life without hunger, with social support and that is why we were paying social security benefits to the elderly. We provided youths graduate scheme for the recent graduates, provided support for the communities. For us, we never saw stomach infrastructure from any pedestrian manner that the current administration has lived it up to. For us, it is about total development of our people, human and capital development in education, health care, in social services and infrastructure development. “It is total service we focused in. We increased salaries three times so that people could put food on their table in four years. That was why we provided range of allowances for the workers. “There was a huge difference between what we did and the present administration with lack of salaries, heartless, despair and despondency. We are restoring the values and reclaiming our mandate.”

Commenting on the alleged vote buying but the APC, that gave him victory in the election, he said, “I haven’t any substantive evidence of allegations of vote buying and intimidation. In the place where l voted, there was no vote buying anywhere. As far as our party is concerned, we did not engage in that, it is not our style. We won the election fair and square and it was an election that we fought on issues and not on the basis of any vote buying. So, whoever has any evidence of that should present it to an independently verifiable audience.”

Explaining on why he will probe the outgoing government, Fayemi said it was not about individual but about the government so as to not make the mistakes of the outgoing administration. He said, “Well l think we need to remove this election from personalities. This was an election that we fought on issues and it will be irresponsible on my part to come here and say that we will not examine what transpired in the last four years in the manner of government. What was received in Ekiti State and the expenditures in that period, why were we not able to pay salaries in the state. These issues should be examined in the interest of good governance. It is not about probing Fayose, probing Eleka etc, it is about not repeating the mistakes of the past and giving our people good government. So, we will also involve in looking at what transpired in the last four years.”

Also speaking, the Kebbi State governor, Atiku Bagudu said that the Ekiti State governorship election was free, fair and credible. He said, “Our party leaders, including President Muhamamdu Buhari and Vice President Yemi Osinbajo, the National leaders, stakeholders have all done their jobs including the Ekiti people themselves. We had a very successful election, it was quite peaceful and Ekiti on the day the election results were declared, there was jubilation and we congratulate them. We thank INEC and the security despite the misconstrued reports, they provided their best. I have seen many who said this is the most peaceful election we have had.  Let people campaign on issues and here we have a candidate who was humble and despite what happened before, he was humble to say in 2014 that if that was the wishes of Ekiti people, I will not go to court. Ekiti people have once again delivered their wishes and anyone who loves Ekiti should respect their wishes.”