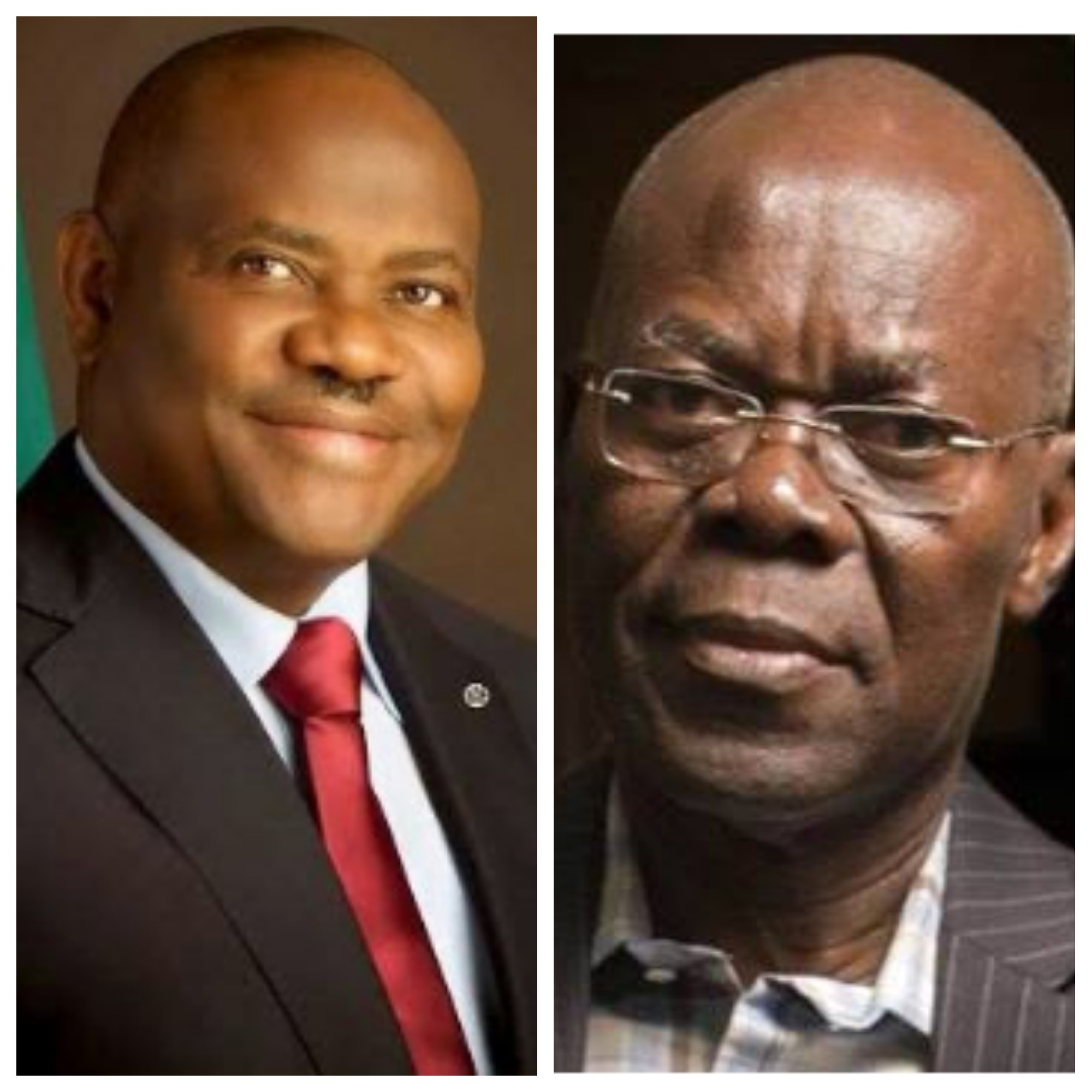 The lawmaker representing Rivers East Senatorial District, Andrew Uchendu has called on the people of the state to be prepared to vote out and silence the “kindergarten” government of Governor Nyesom Wike in 2019. He said this while reacting to Governor Wike’s allegation that the last governorship election in Ekiti State was skewed in favour of Dr. Kayode Fayemi.

Uchendu, a chieftain of the All Progressives Congress (APC), spoke yesterday in a statement by his media aide, Solomon Okocha. He said: “It is quite surprising and really unfortunate that Wike always mounts the podium to comment on issues that have no bearing on the lives of Rivers people.

“I call on well-meaning Rivers people to be prepared to vote out and silence the kindergarten government currently occupying Rivers State Brick House (Government House), Port Harcourt. We must put an end to the ongoing assault on the reputation of Rivers people. We deserve a decent and responsible leadership. I wish to advise clerics, especially in Rivers State, to resist the temptation of being used by Wike to desecrate churches with immature politics, in order not to diminish our faith in the almightiness of God.”

The lawmaker urged members of APC in the state to support the leader of the party in Rivers and the Southsouth zone, Rotimi Amaechi, in order to win the governorship election in 2019. He said: “It is important for all the tendencies in Rivers APC to rally round the leadership of Rt. Hon. Amaechi to give the people of Rivers State a clear option to vote out the clueless and purposeless administration of Wike.
“I am very happy that our leader (Amaechi), on many occasions, had clearly indicated that all governorship aspirants in Rivers APC would be given equal opportunity to contest the primaries, because to him, only the best is good enough for Rivers State. All the governorship aspirants who may feel threatened for one reason or another should be assured that nobody would be excluded from the primaries.”

The lawmaker further admonished APC members in Rivers to be focused and not allow themselves to be intimidated by Wike and his allies.

The statement added: “I must commend the Independent National Electoral Commission (INEC), Nigeria Police and other security agencies, the media, and independent observers for the various roles they played to ensure a peaceful, free, fair, transparent and credible governorship election in Ekiti State last Saturday.

“It is important that APC faithful, particularly those from Rivers State, should learn some vital lessons from the governorship poll in Ekiti State. The victory from the election arose from collective efforts, teamwork and a focused leadership.

“In Rivers State, the across-the-board jubilation that greeted Dr. Fayemi’s governorship victory is a clear manifestation that the ultimate desire of Rivers people is to vote in a credible government in the state in 2019.

While speaking to journalists  after receiving the certificate of return from May Agbamuche-Mbu, the Independent National Electoral Commission (INEC) Commissioner in charge of the South-South, a few months back, Uchendu noted that Wike was the least exposed, the least travelled and the least intelligent of all the governors that had ruled the state.

“I have come to contribute my only little quota. A series of administrations have come and they made their individual contributions but the worst in mind, by my own personal evaluation, is that of the present governor who lacks the capacity to come up with vision that will impact meaningfully on the life of the people of the state.

“He is always on the war path. I have promised and vowed that I will extend my hand of fellowship to him. Possibly with my age I might be in a better position to guide him, it cannot be war, war, war and war all the time. Look at (Governor Akinwunmi) Ambode of Lagos State, he has programmes for the young, the orphans, the elderly and the entire citizenry.

“Wike knows that it was my responsibility as the Chairman of Rotimi Amaechi Political Think Tank to tutor him for 12 good years. He was only a local government chairman. That platform raised him to be chief of staff, to be made a minister and I remain the Chairman of that think tank.

“If he says I am nobody, then really he is the worst governor that Rivers State has ever had. He is the least exposed, he is the least travelled, he is intellectually incapacitated, and haven’t got the requisite leadership capacity.”