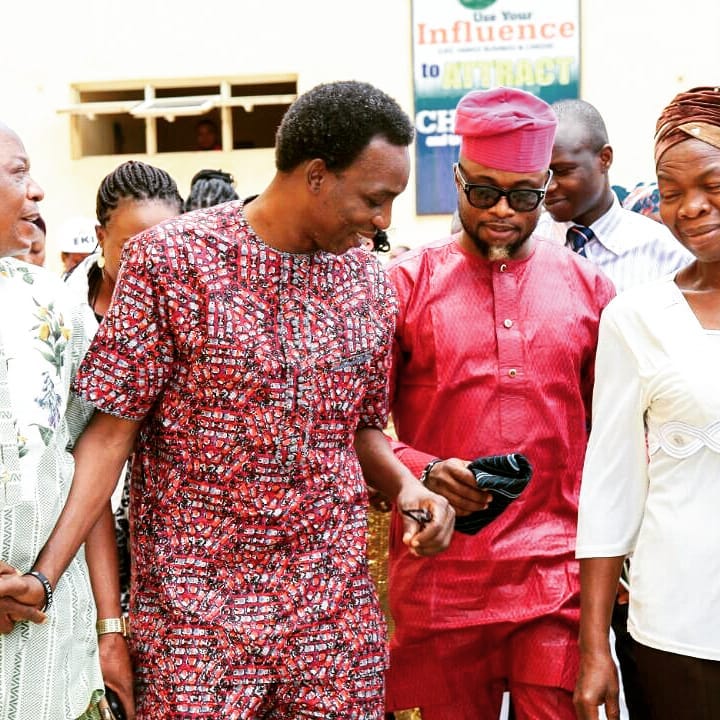 Adigun Bankole Collins is a Lagos-based legal practitioner and a passionate indigene of Ekiti State. He is a key member of Otunba Segun Adewale Foundation, the group working for the realization of the Governorship ambition of Lagos-based businessman, Segun Adewale (Aeroland). In this interview with TOPE AILERU, the vibrant lawyer reveals the reason behind his choice to support Aeroland’s ambition to succeed Mr. Ayodele Fayose as the next Governor of Ekiti State.

Tell us briefly about yourself, at least for those who don’t you

I am Adigun Bankole Collins, a native of Ado Ekiti, in Ekiti state. I am a legal Practitioner and an activist. I had both my Primary and secondary education in Ekiti, while I obtain my Law degree from Ambrose Ali University, Ekpoma. I am practicing with offices in Ekiti and Lagos with over 10 years at the bar. I am over 40 years. I am the National Legal Adviser of the Renaissance Progressive Initiative, and a member of different socio-political groups bothering on Ekiti’s progress.

What is your own reading of the current political situation in Ekiti State?

Well, the present political situation in Ekiti is a very unfortunate one to be sincere. Why I said it is unfortunate is because the rate of hunger in the land is so alarming and unbecoming of a state known for agriculture. The present Government led by Fayose seems to be clueless in governing the state, thus he prefers to politicize the welfare of d people of Ekiti by sharing bowls of rice with N200 under the camouflage of stomach infrastructure program.

While the civil servants are languishing in hunger due to nonpayment of their salaries and arrears over months, the present administration is busy doing jamboree up and down; attending to activities outside the state, leaving serious businesses of the state unattended to, and causing the state monumental disgrace.

This takes us to what becomes of Ekiti politically after this Government. Looking at the situation painstakingly, I can tell you everywhere is charged up political in Ekiti. This is the first time in history politically, in Ekiti whereby we shall be witnessing such a robust number of candidates showing interest in the number one position of the state.

It has however become significant that Ekiti is aware of mistakes made in the past and willing to correct it at this very next election. Let me inform you that a lot of credible candidates are showing interest and it is a laudable development for it is a national disgrace for a fountain of knowledge to be led by someone of no befitting CV. Ekiti needs someone who is very successful in his own private life and businesses, an entrepreneur, someone who befits the status of Ekiti as people of high-quality Education as well as a lover of people. Someone who knows how to create wealth and transform Ekiti by using the knowledge advantage to productivity.

I do not support the recycling of OLD LEADER. If you have once done it and yet you do not see anything good in all your followers to support for the said Governor position, then such person is not a good leader. The same way I was vehemently against zoning. In short, it should be given a befitting burial; for it may cause division and bitterness if encouraged. However, I am not opposed to a good candidate emanating from Ekiti South, but it should not be given such celebration as it is being done presently under the canopy of the South-South Agenda.

It is on this note that I strongly align my position with Otunba Segun Adewale whose CV remains outstandingly and his records of philanthropism have got no rival among the political class in Ekiti of today.

You were part of a strong political group in the state that stood against the immediate past governor, Kayode Fayemi. You waged a big war against him because as you argued then, he was bringing outsiders to come and run the affairs of the state. Right now, you seem to have changed your mind about bringing on Segun Adewale (Aeroland) into the contest. What informed your change of mind and what chances does he have?

Thanks. It is true that I was the PRO of Ekitikoya. It was then the group that librated people of Ekiti under the government of Fayemi. Yes, I was one of those that propagated the gospel of home-grown personalities in government, when majority of those in the cabinet of Fayemi were his allies from abroad. I still remain very unblinking about my position on home-grown talents. Maybe I need to define who is a home-grown person. The home-grown is not that person who resides is in Ekiti permanently, but that person who has the interest of his people at heart. That person whose effects has been felt one way or the other, even before the intention to contest is made.