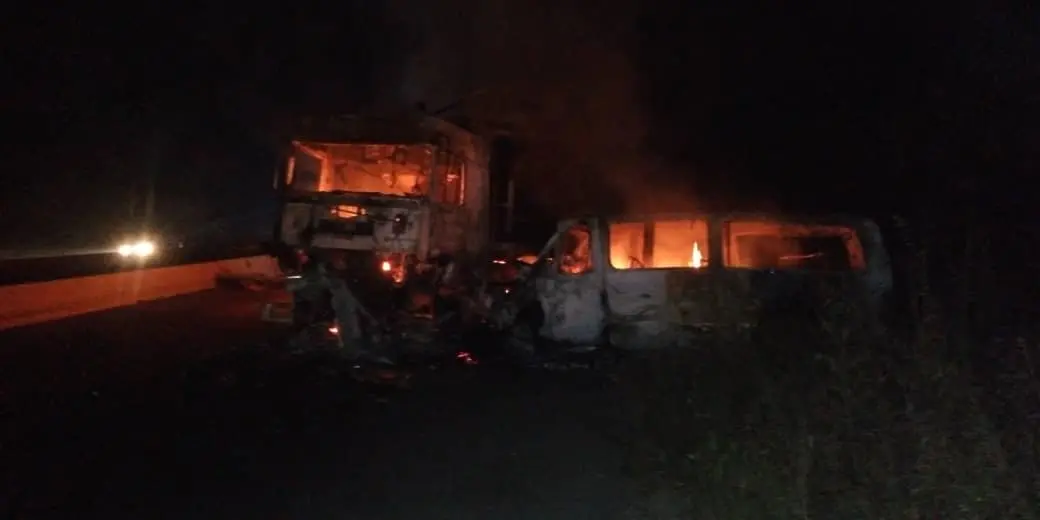 Governor Aminu Tambuwal, who confirmed the attack on Monday, said 12 people were killed in Illela while three lost their lives in Goronyo.

The governor stated this shortly before he presented the 2022 Sokoto appropriation bill to the state House of Assembly on Monday.

He said the attacks occurred between Sunday night and Monday morning in the said council areas.

Mr Tambuwal condoled with those who lost their loved ones in the attacks.

The two are among council areas where the state government has shut down telecommunications network and banned weekly markets to curb the activities of bandits.

However, the measures have not deterred the attacks as reprisal attacks involving bandits and vigilante groups have intensified in Sokoto.

Bandits have been reported to be establishing administration in many rural communities in the state, imposing taxes on villagers.
Source – Premium Times

Seven persons have been reportedly burnt to death in a crash on Lagos-Ibadan expressway, on Sunday night.
The Federal Road Safety Corps (FRSC) in Ogun State confirmed the incident to newsmen on Monday in Abeokuta.

The FRSC spokesperson attributed the suspected cause of the crash to route violation (one way), stating that the two vehicles had a head-on collusion due to one way drive, which resulted to a fire outbreak.

She disclosed that the injured victims had been taken to Victory Hospital, Ogere for medical attention.
Okpe quoted the Sector Commander of the FRSC, Ahmed Umar, to have cautioned motorists to desist from driving against traffic, knowing the dangers attached to route violation.

She added that Umar commiserated with the family of the crash victims, even as he enjoined them to contact FRSC Ogunmakin Area for more information about the injured victims.
Source – Daily Trust