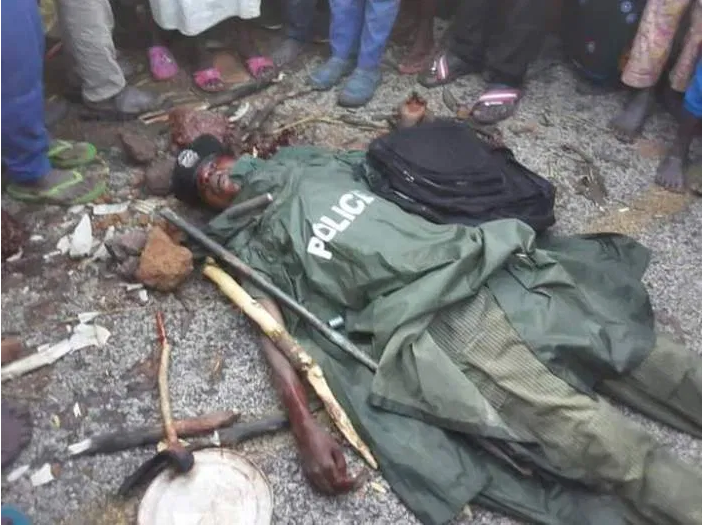 A suspected ritual killer clad in Zambian police uniform has been hacked to death in jungle justice by angry and desperate mob in Kasama, Nseluka Township.

The recent killings going on in different parts of the country has left citizens alert for any unrecognized or suspected individuals snooping around. Zambians are both scared and angry with the fact that the government haven’t really combated the killing issue.

Meanwhile, earlier today the police engaged in fighting battles with residents of Chongwe over ritual killers and gassers who have been terrorizing the town, the people attacked because the police have been somewhat lackadaisical about it and so believe they do have an idea or know much about the gassers.

Here is the video of the riot earlier today in Chongwe below:

We have been made to understand that the people of Zambia have taken law into their own hands and as thus will carry out mob justice on every caught or suspected ritual killers and gassers.

We have kept quiet enough, they said: