Trouble In Zamfara As Heavily Armed Bandits Set To Unleash Mayhem In The State; We Are Powerless! Governor Yari Cries Out 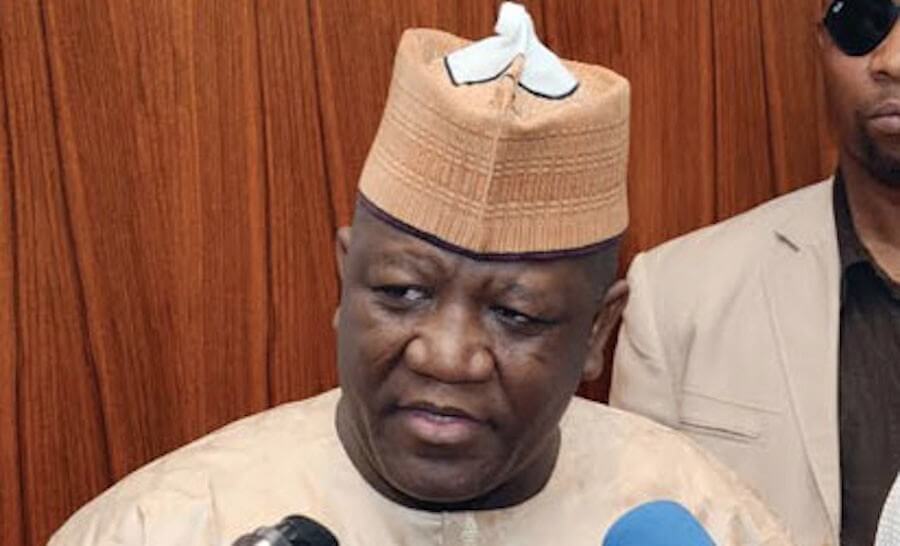 There may be genuine reasons for concern over the security of lives and property in Zamfara State if the words of Governor Abdulaziz Yari is anything to go by.

The governor has raised alarm over information available to him that there bandits in the State are presently  stock piling arms  ostensibly in a bid to unleash mayhem in the state.

The governor made this known yesterday in Abuja while speaking with State House correspondents  after a closed door session with President Muhammadu Buhari.

He had noted that he briefed the President on the socio-political and security situation in the state.

Ruling out dialogue with the bandits, the governor said: “I have told my people that dialogue will no longer take place during my time because I have done that three times, but it did not work.

“This is in the sense that we know their capacity.

“For instance, during the first dialogue, they invited some of our team, army, DSS, police, and my chief security officer as well as some representatives of traditional rulers and we have seen what they have.

“They are in control of the kind of weapons that the security command in Zamfara does not have.

“Our people were even given the chance to take pictures.

“But when we said we will dialogue and offer them amnesty if they surrendered their arms, they refused.

“I can tell you that till date we have not received up to 90 AK 47 rifles.

“So it is deceit. That is why I said no more dialogue during my tenure.

“During dry season they try to get us to dialogue because they know the security forces can get to them anywhere in the forest and they would not have a place to hide.

“But when the rainy season comes and the forest becomes thicker they return to their normal practice.

“That is why I said there has to be a show of force before anything else.

“I know that in any war, eventually you have to come to the table and dialogue, but at this point and given the situation we are in right now, dialogue is not needed.’’

The governor expressed the hope that the federal government would soon address the security challenges facing the state as it would soon take delivery of military hardware and modern weapons to check the activities of the bandits in the area and beyond.

“The federal government has already given procurement contracts, inter-government transactions to the United States, China, and other European countries.

In 2018, the Nigeria Governors Forum, approved one billion dollars to help the federal government equip the security agencies.

What are your thoughts on this story? Share with us below.