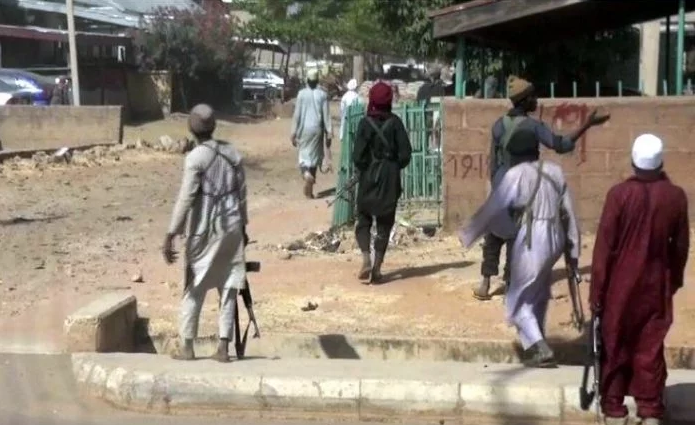 It has been reported that Boko Haram terrorists attacked Goniri, Gujba local government in Yobe state but troops of 120 battalion stationed there were able to inflict heavy causalities on the terrorists who attempted to seem into the town.

It was learnt that the assailants, who came in droves at about 7pm yesterday, met their waterloo at the outskirt of the village where officers and men of the battalion confronted them in a fierce battle.

It was also gathered that there was wild jubilation in the town by residents of Goniri over the success recorded by the troops.

The town suffers from poor telecommunication facilities, hence it was hard to reach out to the residents for more details on what had transpired during yesterday’s gun duel.

When DAILY POST sent a text massage on the situation in Goniri town following the attack to the spokesperson of 27 Taskforce Brigade Buni Yadi, Major Alimi, he replied saying “The situation is cool and calm, Goniri is peaceful for now”.

The image maker did not give further details on the number of casualties from both sides.

Goniri, which is about 80 kilometers away from Damaturu, the Yobe state capital, was once under the occupation of the Boko Haram insurgents.

With Goniri’s attack, the insurgents have raided three communities in Yobe state in less than a week.