INSIDE THE CAPITAL CITY: See How Ikeja Looks During The Early Morning Rain As Lagosians Struggle To Work [PHOTOS] 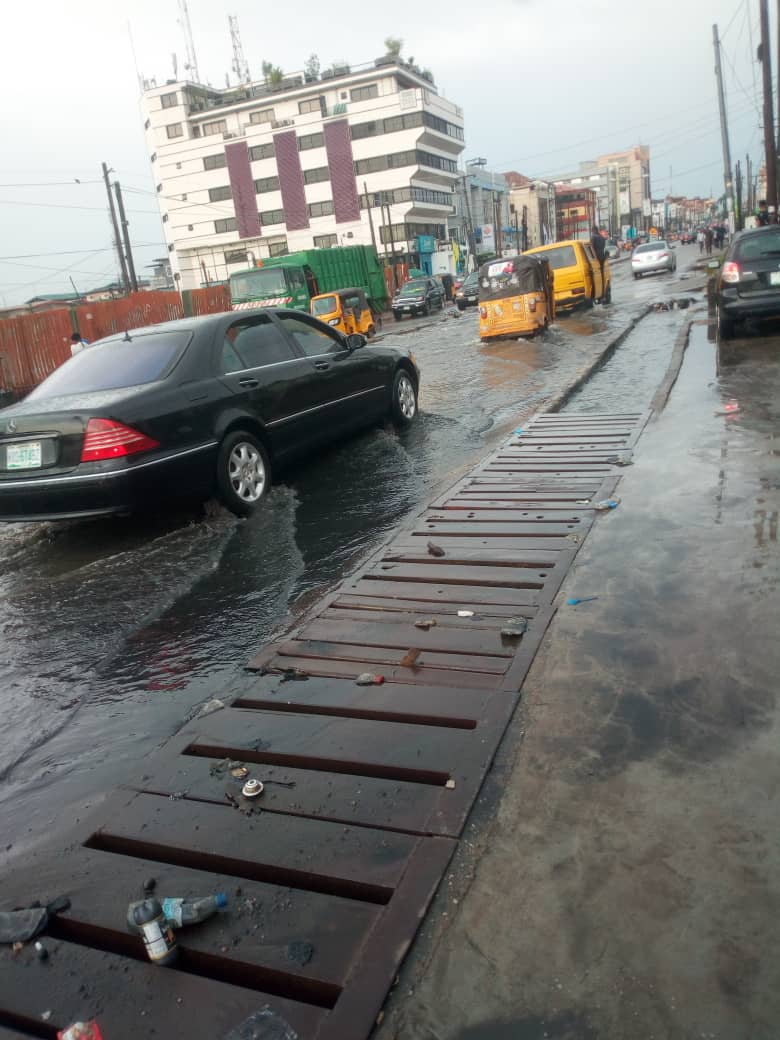 Lagosians had a tough time finding their way to work this Wednesday morning due to the early morning rain that disrupted movement and made the road hard to pass.

The rain has also kept doing some bad jobs in some parts of the country leaving the people to suffer the effects. For Lagosians, it is a thing of serious worry due to the pains and damages it causes on the people. In fact, it caused flood with its attendant damages. The rain has also led to building collapse in Magodo area of Lagos which had claimed lives a few days ago.

One would have expected that the rain stops in September. But, in a strange feat, the rain is still wreaking havoc in October without showing any signs that it will stop any moment soon.

Just this morning October 23, 2019, the rain came back to its bad job. Apart from affecting the businesses of early risers, it also drenched some Lagosians struggling to go to work. Worse still, it flooded the roads making movement a lot difficult for both drivers and pedestrians. You don’t need to be reminded that the Lagos traffic will bee worse whenever it rains.

A walk through the capital city of the state gave an idea of the situation of things and the way the roads were as on Wednesday morning. Meanwhile, Logosian struggled to go to work to find their daily bread.

It will be recalled that Governor Babajide Sanwo-Olu has made a promise to repair affected roads in Lagos. That promise by Sanwo-Olu sent a relief on the residents. Lagosians await the fulfillment of the promise as walking or driving on the roads is like a nightmare especially when it rains.

What are your thoughts on this article? Leave your comment below.