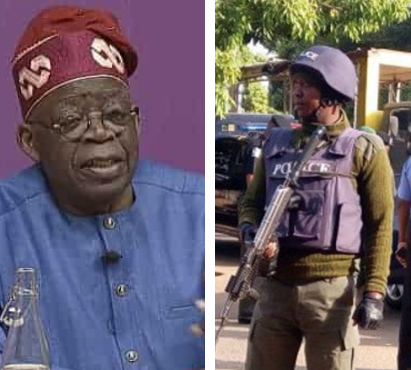 Jagaban Army: PDP Claims Of Parallel Army False – APC National Youth Leader
The National Youth Leader of the APC, Hon. Dayo Israel has dismissed as ‘deranged’ and ‘hallucinatory’ claims by the PDP that its unit of vote canvassers dubbed the ‘Jagaban Army’ was a parallel army instituted to foment violence and rival the country’s Armed Forces. He said this in a statement released on Monday announcing the rebranding of the unit as ‘Jagaban Movement’. This, the statement said, was out of respect to “national sensibilities” and to lay to rest the “sensational and misleading claims of the opposition party, including its latest irresponsible call to the president to convene the National Security Council over a non-issue.” Israel said: “In the interest of the public and other well-meaning Nigerians, we wish to re-emphasize that the Jagaban Army, which will now be known as the Jagaban Movement to deny the opposition the attention they desperately seek through deliberate distortions and irresponsible sensationalism, is no more than a unit of ordinary young civilians selected from across all the wards in the country to canvass votes for our party and candidate through peaceful and democratic engagement methods.”
“Let it be known that the Jagaban Army, now known as the Jagaban Movement, is an initiative of the Youth Wing of the party comprising over 200,000 youth leaders elected from the national to the polling units
Source: Independent

APC chair, others arrested in Ebonyi over alleged killings
No fewer than 26 suspects have been arrested over the recent killings and arsons that took place in Ekoli Edda Community, in the Afikpo South Local Government Area of Ebonyi State.

Among those arrested were the state Chairman of the All Progressives Congress, Stanley Okoro-Emegha, and a former chairman of the Afikpo South LGA and Federal House of Representatives candidate for Afikpo North/South Constituency in the 2023 general election, Eni Chima. The police claimed they (the suspects) were responsible for the killings and arson that pervaded the area on December 26, 2022. In the incident, two persons including a Police Inspector, were killed, while two houses were torched down.

The Ebonyi State Police Command, during a press conference, stated this in Abakaliki on Monday
The command, which spoke through its spokesperson, SP Chris Anyanwu, accused the suspects of being behind the distardly acts, vowing to arraign them in court soonest.

Aside from murder, the command also accused the suspects of arson, conspiracy, armed robbery and illegal possession of firearms.

According to the police, the suspects must face the wrath of the law, inspite of the recommendations of the Commision of Inquiry set up by Governor David Umahi, of the state
Source: The Punch.