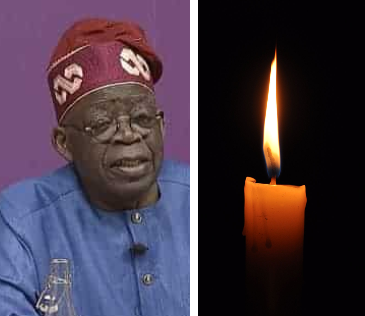 Tinubu’s St Paul Aroloya primary school never existed, plaintiff tells court
A group, under the aegis of the Incorporated Trustees of Advocacy for Social Right Advancement and Development Initiative, ASRADI, on Wednesday, approached the Federal High Court in Abuja, alleging that St. Paul Aroloya Primary School, Lagos, which the presidential candidate of the All Progressives Congress, APC, Bola Tinubu claimed to have attended, was never in existence. The group told the court that the application was necessitated by the repeated refusal by the IGP to investigate a petition it brought against the APC candidate.
The Applicant argued that the non-disclosure by Tinubu in the INEC Form CF 001 of the qualification he got in respect of the primary school he attended after stating that he attended St. Paul Aroloya, Children Home School Ibadan, from 1958 to 1964, was a gap that needed to be investigated, as the said school never existed.
More so, it told the court that due to the actions and inactions of the police over the matter, Tinubu, “is walking free without answering to his past deeds and is contesting for the presidency of Nigeria with dubious educational qualification claims”. The group among other things prayed the court to declare that “by virtue of Section 215(1) (a) and 2 of the Constitution and Sections 7(1), 31 and 32 of the Nigeria Police Act, 2020, the IGP is under both constitutional and statutory obligation to investigate Tinubu for the offence of perjury contained in the INEC Form CF 001, sworn to by him on December 20, 1999, regarding his educational qualification”.

It equally sought an Order of Mandamus compelling the Respondent to investigate the filings made by Tinubu and where he is found culpable be referred to the Attorney General of the Federation for prosecution.

In his ruling, Justice Olajuwon granted the Applicant the leave to file for an order of Mandamus (a judicial remedy in the form of an order from a court[1] to any government, subordinate court, corporation, or public authority, to do (or forbear from doing) some specific act which that body is obliged under law to do) to be issued against the IGP, even as he adjourned the matter till February 16 for a hearing.
Source: Vanguard

The Emmy and Grammy award-winning British director and producer also worked on videos and live specials for Michael Jackson and the Rolling Stones. His family wrote on Facebook that he “always brought boundless enthusiasm, energy, passion and joy to his work”.

The Bohemian Rhapsody video famously featured the four band members with their faces in a diamond formation.
The epic song is the third best-selling single of all-time in the UK, having topped the UK charts for nine weeks in 1975 and gone back to number one in 1991 following the death of singer Freddie Mercury.
Gowers won the Grammy for best director on a long-form music video in 1985 for Huey Lewis and the News’ The Heart of Rock ‘n’ Roll.

His family said he died on Sunday in Santa Monica, California, following complications from an acute respiratory infection.
Source: BBC