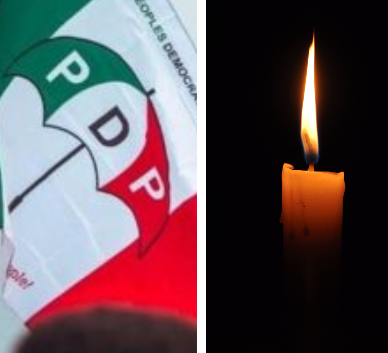 JUST IN: Osun PDP loses Reps candidate
The candidate of the Peoples Democratic Party for Irewole/Isokan/Ayedaade Federal Constituency, in Osun state in the 2023 general election, Mr. Sola Arabambi, has died.
An aide to the late Arabambi, who pleaded anonymity, confirmed the development, saying his principal died on Saturday during a brief illness. In a release by his Media Office, the ex-governorship aspirant on the platform of the PDP in Osun State, Prince Dotun Babayemi, said Arabambi’s death was hurtful, describing him as a man who was sincere about his desires to serve his people.
The statement read in part, “Of a truth, the news of Sola’s death came to me as a rude shock. He was a man who was service-driven. He touched many lives within his reach and as such, his contributions can not be forgotten.”
While condoling the family, party and the people of the federal constituency over the death, Babayemi prayed for the repose of the deceased and the fortitude to bear his loss.
Source: The Punch

Police exhume corpse of newborn baby in Jigawa
The Police in Jigawa State have exhumed a corpse of a newborn baby buried alive in Kiyawa Local Government Area of the State.
Spokesman of the command, DSP Lawan Shiisu Adam, confirmed the incident in a statement issued to DAILY POST.
He said the incident happened on 02/12/2022, at about 2350hrs, after a 30-year-old Balaraba Shehu of Tsurma village in Kiyawa LGA was suspected to have given birth and buried the newborn baby alive. Shiisu said after the police received the report, a team of Policemen were mobilized and proceeded to the scene of the crime.
He said on arrival, detectives swung into action and exhumed the new born baby buried in the toilet.
Shiisu said the suspect was arrested and the baby was rushed to General Hospital Dutse and certified dead by a medical doctor.
He explained that preliminary investigation led to the arrest of a 25-year-old man, Amadu Sale alias Dan kwairo of Akar village in Kiyawa LGA, who was alleged to be responsible for the unwanted pregnancy.
The suspects, however, conspired and buried the baby after delivery.
Source: Daily Post