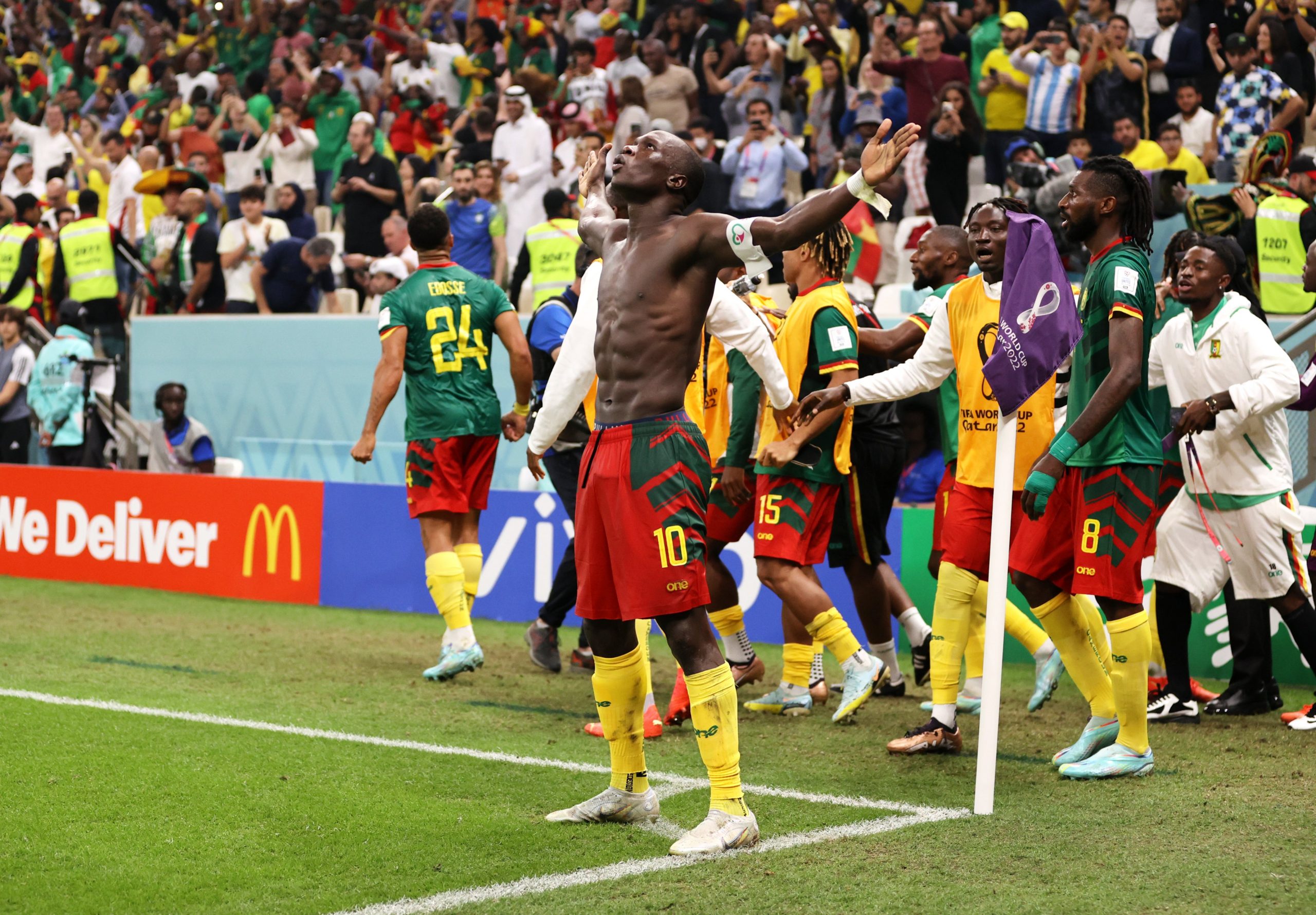 Ghana VS Uruguay
Uruguay are out of the World Cup despite recording a 2-0 win over Ghana in a tense Group H clash at the Al Janoub Stadium. Giorgian De Arrascaeta’s double earned all three points for Uruguay, but it was ultimately not enough to see them through to the World Cup last 16, thanks to a late Hwang Hee-chan winner for South Korea in the other Group H match which meant the Asian side leapfrogged Uruguay on goals scored.As the game entered extra time, Ghana needed two goals and Uruguay needed one themselves, causing both sides to throw caution to the wind and producing one of the most frantic endings to a game at this World Cup

S.Korea VS Portugal
South Korea scored a 91st-minute winner against Portugal through Hwang Hee-chan to secure their spot in the knockout round of the 2022 World Cup with a 2-1 success over the European nation. Portugal has claimed first position in Group H despite the defeat, with Fernando Santos’s side set to take on the runners-up of Group G in the round of 16 on Tuesday evening, which could be Brazil, Switzerland, Cameroon or Serbia.
Bento’s side will now take on the winners of Group G in the next round on Monday, which could also be Brazil, Switzerland, Cameroon or Serbia.

Cameroon vs Brazil
Ten-man Cameroon bowed out of the 2022 World Cup with their heads held high after stunning five-time winners Brazil 1-0 in their final Group G match at the Lusail Iconic Stadium. Rigobert Song’s side needed to win and hope for Serbia to take at least a point from their clash with Switzerland to seal a top-two place, but they were on the back foot for large portions of the contest against a second-string Brazil side.

However, Vincent Aboubakar headed home an unexpected winner for the African nation in second-half injury time, but having already been booked, he was immediately sent off after ripping his shirt off in celebration.

Despite holding on for a memorable win, Cameroon’s fate was sealed as Switzerland overcame Serbia 3-2, which eliminated the Indomitable Lions and allowed Brazil to hold on to top spot on goal difference.

Serbia vs Switzerland
Switzerland claimed a narrow 3-2 victory over Serbia to reach the last 16 of the World Cup for the third consecutive tournament.

With a place in the stage of the knockout rounds, an end-to-end first half began with an Xherdan Shaqiri strike that represented his fifth goal in 11 World Cup games. However, two Serbia goals in under ten minutes changed the complexion of the contest as Dusan Vlahovic found the net following Aleksandar Mitrovic’s equaliser.

Breel Embolo managed to find an equaliser in the 44th minute, ensuring that for the first time since 1998, both teams scored at least two goals before halftime in a World Cup game.

Switzerland finish in second place despite being level on six points with Brazil, who lost 1-0 to Cameroon, and as a result, Murat Yakin’s side will face Portugal in the last 16 on Tuesday.