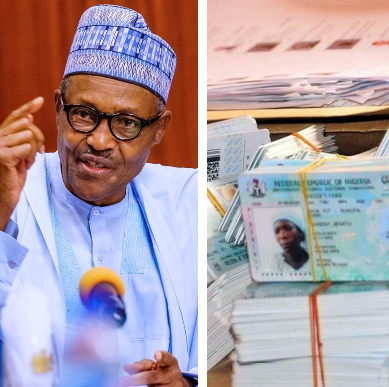 Daily Trust gathered that the removal of Aliyu Abdulhameed, may not be unconnected with multiple allegations of corruption. Daily Trust had in January this year carried out an investigation on how a multi-billion naira loan guaranteed by NIRSAL for three investor companies for the cultivation to harvest of 20,000 hectares of dry season wheat in Kano and Jigawa was allegedly diverted by the companies in connivance with NIRSAL officials.

Abdulhameed had denied the allegation saying they were masterminded by faceless individuals to tarnish his image and that of the organization.

However, following the report, operatives of the Economic and Financial Crimes Commission invited him and other officials of NIRSAL for questioning questioning over their roles in the wheat project scandal.

Apart from the EFCC, the ICPC and the Police had also launched their investigations into the matter.
Source: DailyTrust

The group comprises Christian and Muslim religious and political leaders in the north — including Yakubu Dogara, former speaker of the house of representatives. The group endorsed Abubakar on Friday at a media conference in Abuja, following the adoption of a report by its technical criteria committee.

The report was presented by Simon Achuba, former deputy governor of Kogi state.

The group said after evaluation of all the presidential candidates, Abubakar is “the best”.

“It is evident that the All Progressives Congress (APC) is heading for implosion and extinction; hence, it cannot be the party for now and in the future, because of its rejection to embrace inclusiveness in a diverse country like Nigeria. After the 2023 elections, APC may be dead and buried as a political party,” the report reads.
Source: The Cable

National Commissioner and Chairman Information and Voter Education Committee of INEC Festus Okoye, announced this in a statement on Friday night. He said INEC held a retreat in Lagos with all the Administrative Secretaries and Resident Electoral Commissioners (RECs) from the 36 states of the federation and the FCT from 28th November to 2nd December 2022, where the commission finalised the procedure as well as the timetable for collection of PVCs.

“Consequently, the Commission has fixed Monday 12 December 2022 to Sunday 22 January 2023 as the dates for the collection of PVCs in all the 774 local government offices of the commission throughout the Federation.

He said those who are unable to collect their PVCs at the local government offices of the commission can do so at the registration areas/electoral wards.
Source: DailyTrust