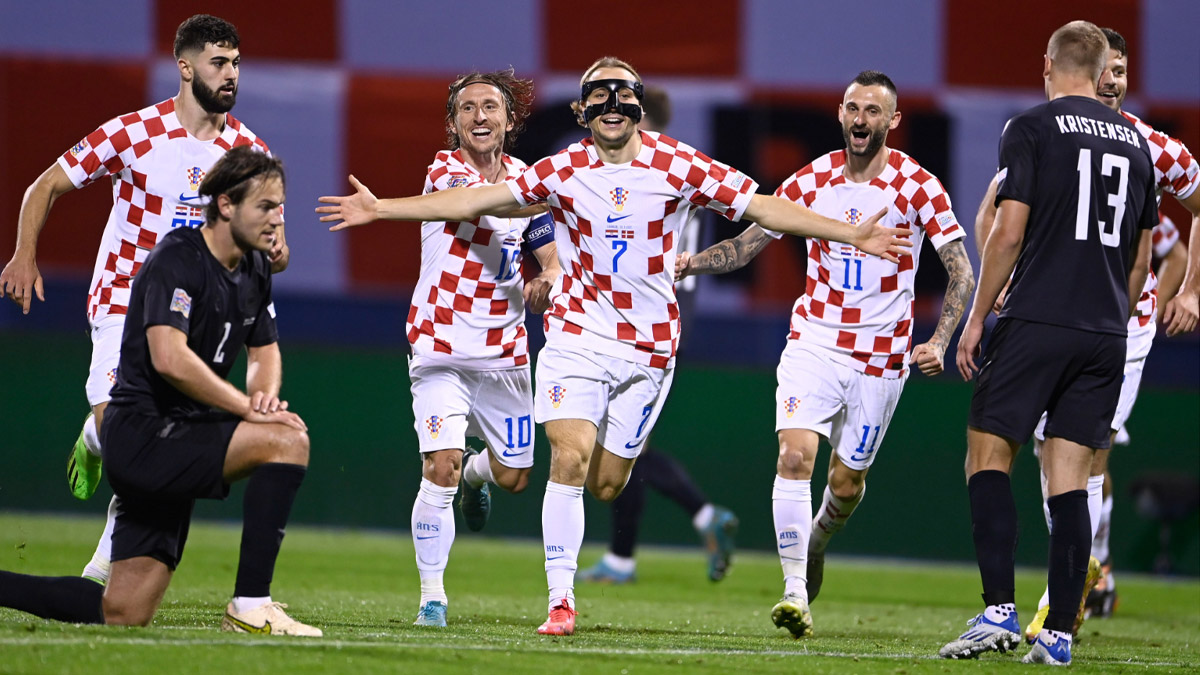 Morocco VS Canada
Morocco claimed a 2-1 victory over Canada at the Al Thumama Stadium to secure a place in the last 16 for the first time since 1986.
After beginning their World Cup 2022 campaign wit a goalless draw against Croatia, victories over Belgium and Canada ensure Morocco finishes top of Group F. Hakim Ziyech opened the scoring in the fourth before Youssef En-Nesyri doubled the advantage in what proved to be an entertaining first period.
Canada managed to halve the deficit thanks to Nayef Aguerd’s own goal, while En-Nesyri had an effort chalked off in first-half stoppage time.
John Herdman’s side went close to finding an equaliser in the second period when Atiba Hutchinson’s powerful header hit the crossbar before dropping down onto the goalline, but Morocco held firm to secure a narrow victory.
While Canada exits the tournament without picking up a point, Morocco will face the team that finishes second in Group E in the last 16 on Tuesday.

Croatia vs Belgium
Belgium have been eliminated from the World Cup after being held to a goalless draw by Croatia on Thursday.
The Red Devils went into the Group F fixture with the Checkered Ones aware that a draw would only be enough if Morocco lost to Canada. However, the Atlas Lions quickly established a two-goal lead in their fixture, forcing Belgium to push for victory at the Ahmad bin Ali Stadium.
Belgium had their opportunities, many of them spurned by Romelu Lukaku during the closing half hour, leaving Croatia to progress into the last 16 as runners-up to Morocco who held on to prevail in Doha.
Within 10 seconds of kickoff, Croatia almost stunned Belgium by taking an early lead, Ivan Perisic firing a shot wide of the far post having gotten the better of Leander Dendoncker.

Costa Rica vs Germany
Germany have been knocked out of the World Cup at the group stage for the second successive time despite a 4-2 win over Costa Rica, who are also eliminated from the Qatar tournament. Die Mannschaft struck through Serge Gnabry, Kai Havertz (2) and Niclas Fullkrug at the Al Bayt Stadium, with the former putting his nation a goal to the good before Yeltsin Tejeda and Juan Pablo Vargas turned the tie on its head.

Havertz’s brace and Fullkrug’s tap-in meant that Germany did what was required of them, but Japan’s shock win over Spain saw the Asian nation qualify in first place, with La Roja pipping Germany to second spot on goal difference on a debilitating evening for the four-time champions.

Japan vs Spain
Japan topped a World Cup group that had Spain and Germany. And what’s more, beat the two football powerhouses
Japan has incredibly secured first position in Group E with a 2-1 win over Spain, who have squeezed into the last-16 stage of the 2022 World Cup as runners-up. Alvaro Morata sent La Roja ahead in the 11th minute of the contest, but Japan turned the match around in the early stages of the second period, levelling through Ritsu Doan before Ao Tanaka won it in the 51st minute.

There was controversy about the winner, though, with the ball appearing to go out before it was delivered into the Japan midfielder, who could not miss from close range.

Hajime Moriysu’s side topped the section and will take on Croatia in the round of 16 on Monday, while Spain finished second to set up a clash with Morocco on Tuesday.

Germany ended their group stage with a 4-2 victory over Costa Rica, but it was not enough to progress, with Hansi Flick’s side being eliminated from the competition.