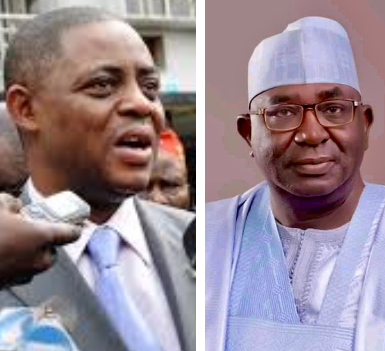 To this end, Fani-Kayode urged Obi to call his followers to order. He warned that Obi’s supporters would be held responsible if anything happened to Tinubu’s followers.

In a series of tweets, Fani-Kayode said Obi’s supporters found wanting would be made to face the consequences of their actions.

“If ANYTHING happens to ANY of them, we will hold you personally responsible & there WILL be consequences.”
Source: DailyPost

Police Arrest Ex-minister, Others For Destruction Of Campaign Billboards
Zamfara State Police Command has arrested a former minister of state for information and Peoples Democratic Party (PDP) senatorial candidate in the 2023 general election, Ikrah Aliyu Bilbis, and others, over the alleged destruction of campaign billboards belonging to the All Progressives Congress (APC). Speaking to journalists in Gusau, the state capital, a PDP chieftain, Aliyu Adamu Barmo, expressed concern over the arrest of PDP members due to the visit of the former PDP governorship candidate, Dauda Lawan Dare, to the state.

Barmo said the decision of the APC-led government to use the police against the PDP chieftains was very wrong.

According to him, the visit of Dauda Lawan Dare to his home state was within his fundamental human rights.
Source: Leadership