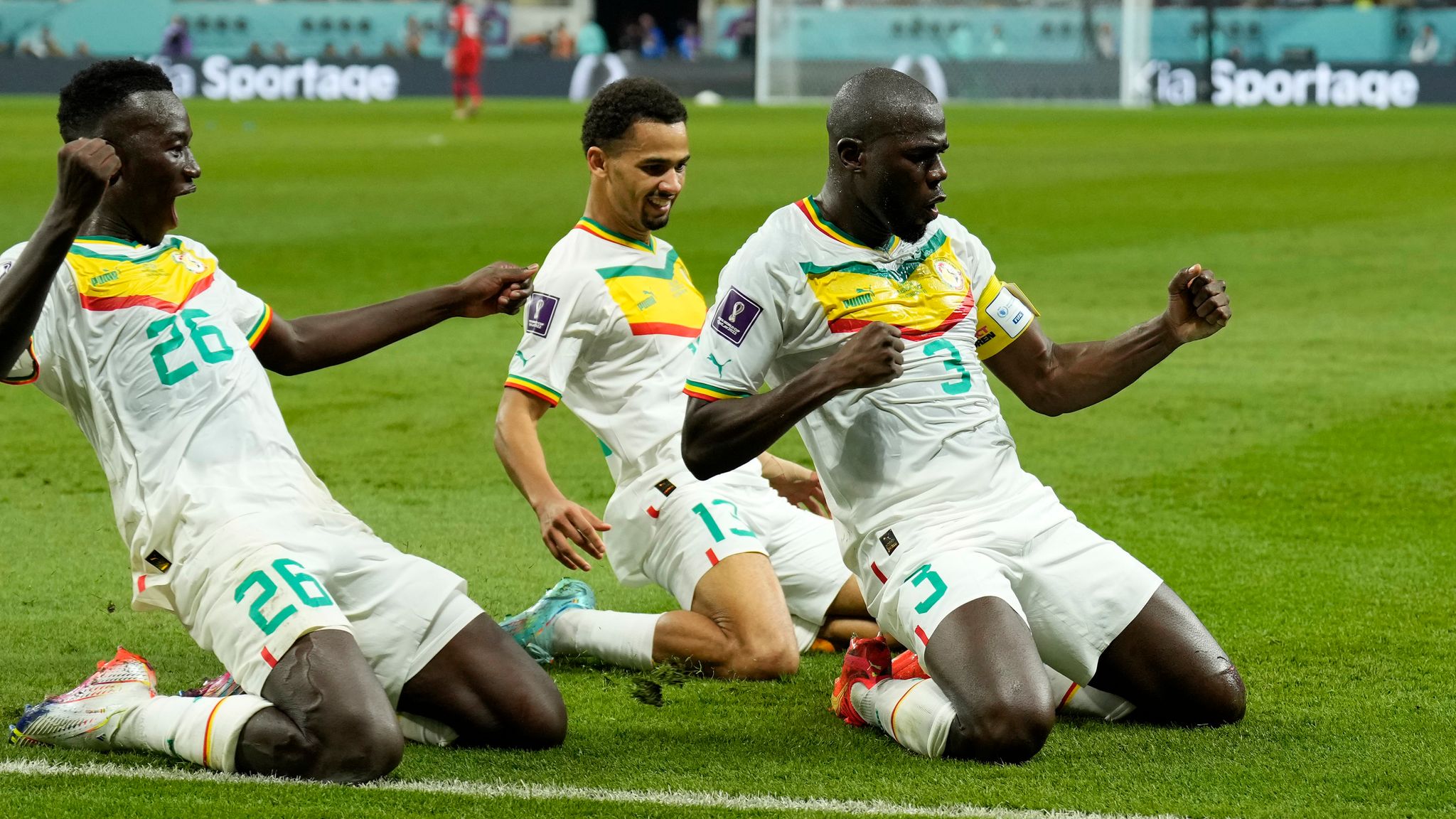 Ecuador vs Senegal 1-2
Senegal sealed their place in the World Cup last 16 after beating Ecuador 2-1 at the Khalifa International Stadium.
Kalidou Koulibaly’s excellent volley 20 minutes from time clinched a vital three points in this winner-takes-all encounter in Group A. Senegal’s progression into the last 16 of the World Cup means that Africa will have at least one team in the knockout stages of the competition.
It means that Senegal leapfrogs Ecuador into second place, finishing six points behind the Netherlands.
The Lions of Teranga will now face the winners of Group B, which will be settled later on this evening, and it could still be any one of the four sides in the section.
After a dominant display in the first half, Senegal were given a minor shock when they were pegged back midway through the second half but wasted no time in re-taking the lead, and then held on for a fantastic victory.

Netherlands vs Qatar 2-0
Netherlands have cruised through to the last 16 of the World Cup with a 2-0 win over Qatar at the Al Bayt Stadium.
The three-time runners-up went into the game knowing that success over the tournament hosts would seal their place in the knockout stages, regardless of the result between Ecuador and Senegal. However, as a result of Senegal beating and eliminating Ecuador, goals from Cody Gakpo and Frenkie de Jong ensured that Netherlands finished in top spot in Group A, setting up a showdown with the runners-up of Group B on Saturday.
FACT: The Netherlands have progressed from their first-round group in all nine attempts at the World Cup; the best 100% opening group record by any nation at the #FIFAWorldCup

Iran vs USA
USA win 1-0 and are through to the Round of 16!
Christian Pulisic’s first-half strike proved enough to guide the USA to a narrow 1-0 victory over Iran that sets up a last-16 tie with the Netherlands on Saturday. USA were unable to make the most of a number of golden opportunities in a dominant first half performance until Christian Pulisic gave his side a deserved lead in the 39th minute, with an effort that ultimately cut short his evening at half time after colliding with Iran goalkeeper Alireza Beiranvand.

In contrast to the first half, USA had to remain resilient in the second period as Iran pressed forward in search of an elusive equaliser, and Gregg Berhalter’s side had to survive a late penalty appeal to secure their passage to the knockout rounds.

Wales vs England
A scintillating second-half display saw England thump Wales 3-0 and qualify for the last 16 of the 2022 World Cup as Group B winners at the Ahman bin Ali Stadium, eliminating the Dragons in the process. Following a forgettable first half in the battle of the Brits, England struck twice in the space of a minute through Marcus Rashford and Phil Foden before the former added a second to put the cherry on the icing on the cake, condemning Wales to a group-stage exit in their first World Cup in 64 years.

Despite a dominant period of possession in the opening exchanges, England could not find a way to break down the staunch Dragon’s defence, but they should have been a goal to the good with 10 minutes on the clock.