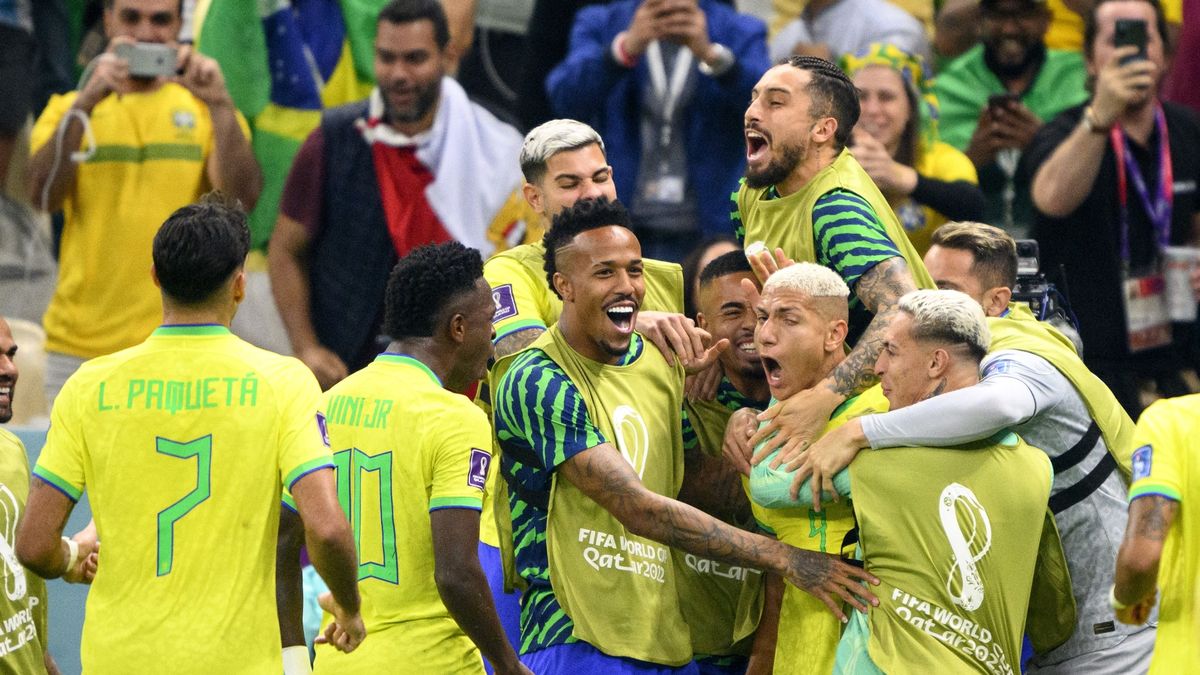 Cameroon VS Serbia
Cameroon recovered from a 3-1 deficit to draw 3-3 with Serbia in Monday’s pulsating World Cup 2022 contest in Group G.

Les Lions Indomptables took the lead in the 29th minute through Jean-Charles Castelletto, but Serbia then scored three times without reply through Strahinja Pavlovic, Sergej Milinkovic-Savic and Aleksandar Mitrovic to take control of the contest. Cameroon had not finished, though, and scored twice in the space of three minutes through Vincent Aboubakar and Eric Maxim Choupo-Moting to level the scores at 3-3.

The result has left Serbia in fourth spot in Group G, level on points with third-placed Cameroon, with both sides two points behind the top two Brazil and Switzerland, who will meet later.

Serbia will take on Switzerland in their final match in the section on Friday, while Cameroon will face Brazil.

Ghana VS South Korea
Ghana are the first team to record consecutive 3-2 results at the World Cup (for or against) since Uruguay in 2010 and the fourth side overall to do so (also Germany in 1994 and Switzerland in 1934).
A spirited South Korea comeback was in vain as Ghana edged a spectacular five-goal contest 3-2 in World Cup 2022 Group H at the Education City Stadium.

The Black Stars, despite being under the cosh for most of the first half, went two goals to the good through Mohammed Salisu and Mohammed Kudus before the break.

However, South Korea came back with a bang through a pair of Cho Gue-sung headers, but Kudus’s second of the match settled an enthralling affair, after which South Korea head coach Paulo Bento was sent off at the full-time whistle for lambasting referee Anthony Taylor over a corner which they had no time to take.

After failing to make a succession of corners count in the early exchanges – seven in 17 minutes to be exact, with the final one seeing Son Heung-min try and fail to connect with a bicycle kick not long after – South Korea were made to pay the price, ironically from a set-piece.

Brazil VS Switzerland
Brazil has qualified for the last 16 of the 2022 World Cup courtesy of a slender 1-0 win over Switzerland at Stadium 974 on Monday. The five-time world champions were frustrated by a defensively solid Swiss outfit, but they managed to make the breakthrough in the 83rd minute with Casemiro firing the match-winning shot into the top-right corner from inside the area.

Tite’s side remains at the top of Group G and they have become the second nation to progress to the knockout rounds after World Cup holder France, who sealed their place in the last 16 after beating Denmark on Saturday.

Portugal VS Uruguay
Portugal has secured a 2-0 win which guarantees their place in the tournament’s last 16.
Uruguay had their chances but the better side on the night won, with Fernando Santos’s men dominating possession throughout and creating a raft of scoring opportunities, the last of which fell to Bruno Fernandes in the closing minutes as he slammed in his second for the night. With this game, Portugal has recorded two straight wins in the #FIFAWorldCup for the first time since the 2006 edition.
Uruguay now sits bottom with 1 point, below South Korea on goal difference. Ghana are in second following their 3-2 win over South Korea earlier on Monday