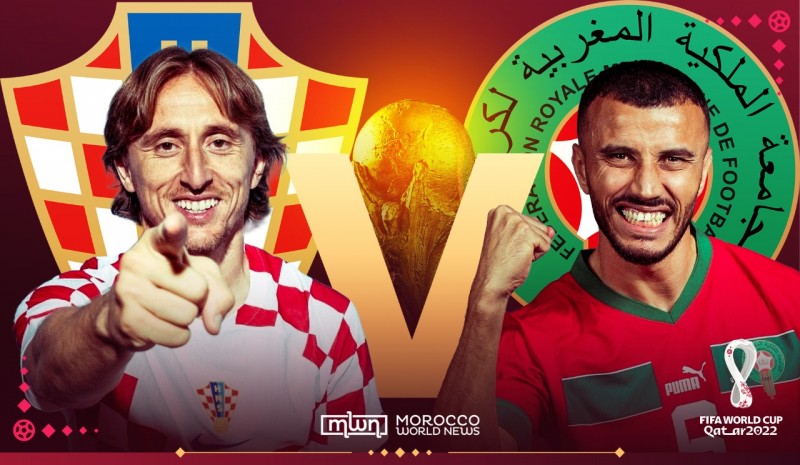 Eight teams slug it out today in the ongoing 2022 FIFA world cup competition in Qatar.

The teams headlined day four of the competition with four matches which featured Croatia VS Morocco, Germany VS Japan, Spain VS Costa Rica while Belgium VS Canada was played as the closing game of the day.

Croatia VS Morocco
Croatia’s World Cup campaign got off to a stuttering start with a 0-0 draw against a battling Morocco, as the 2018 runners-up lacked the punch of the side that reached the final in Russia four years ago.
Croatia playmaker Luka Modric had warned his teammates not to expect a repeat of their heroics from the last World Cup, when the country of just over four million punched above their weight to reach the final. Their best moments predictably hinged on Luka Modric, who was given a free run, floating effortlessly from back to front, with football’s traditional midfield roles seeming not to apply to the captain
Morocco looked principally to Hakim Ziyech for inspiration. The Chelsea winger, who was recalled to the squad following the recent appointment of coach Walid Regragui, was their most dangerous attacking outlet in the early stages. However, his good work lacked an end product.

Germany VS Japan
Takuma Asano scored an 83rd-minute winner as Japan stunned four-time world champions Germany 2-1 in their opening match of the World Cup 2022
Germany had aimed to start its path to World Cup redemption today after the 2018 horror show in Russia. As defending champions, Germany crashed out in the group stage in Russia, suffering their earliest World Cup exit since 1938. The team, however, failed in their quest for self-redemption as Japan handed them a shock defeat which sent loud signals across the football world.
Germany registered a lead with Ilkay Gundogan’s 33rd-minute penalty at Khalifa International Stadium.
However, Japan hit back in quick succession, first through Ritsu Doan’s equaliser and then Asano’s late goal, to seal a historic win that came just a day after Saudi Arabia shocked Argentina.

Spain VS Costa Rica
In a game that was wrapped up in the first half, Spain showed why they’re one of the more fancied teams in this World Cup despite not having a clinical finisher. However, by spreading the goals out in this one-sided seven-goal thriller, they proved that that doesn’t necessarily have to be a weakness. Goals from Gavi, Torres (2), Asensio, Olmo, Soler and Morata proved there’s more than one way to rack up a big score and manager Luis Enrique will be delighted with what he saw.
Costa Rica has made a bit of a habit of qualifying for World Cups in the last two decades, having only made their first appearance during Italia 90. Unfortunately for Luis Fernando Suarez’s side, they’ve been drawn in what is potentially the hardest group to get out of with Germany, Spain and Japan posing formidable opponents.
With this 7-0 loss for Costa Rica, qualification will now look like an uphill battle.

Belgium VS Canada
Belgium and Canada went head to head in today’s epic battle in Doha, Qatar’s Ahmed bin Ali Stadium.
Belgium were able to fend off Canada for a 1-0 victory in their Group F opener at the World Cup. In the 44th minute, a goal from Michy Batshuayi after a long ball over the top from Toby Alderweireld made the difference.
Canada had plenty of chances but were not able to make them count while Belgium will now take a stranglehold on Group F after Croatia and Morocco played out a scoreless draw earlier this morning.
This is the 14th World Cup appearance for Belgium; they finished third in 2018.
For Canada, this is their second World Cup after failing to make it out of the group stage in Mexico 1986.