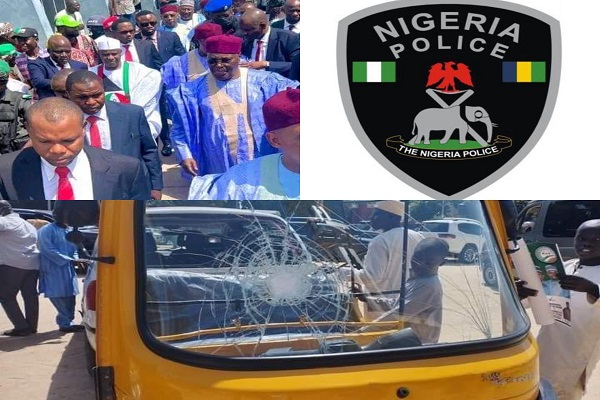 Police in Borno on Wednesday debunked rumoured attack on the presidential candidate of the Peoples Democratic Party (PDP), Alhaji Atiku Abubakar at a rally in Maiduguri.

Spokesman of the Abubakar presidential campaign council, Mr Dino Melaye, had said earlier in the say that at least 74 persons were hospitalised while several vehicles were vandalised as hoodlums attacked Abubakar’s motorcade in Maiduguri. Police spokesman, ASP Kamilu Shatambaya, told newsmen, however, that the allegation was baseless and had no truth in it.

Shatambaya described the report that Abubakar was attacked while addressing a rally in Maiduguri as mischievous. He described the story as fake, a hoax and an attempt by some unguided people to incite disturbances and disrupt peaceful coexistence of people of the state. He explained that the rally was conducted successfully under tight and adequate security coverage.

“The candidate was accompanied to the Shehu of Borno’s palace after which he was accompanied to the Ramat Square where he addressed his supporters. “The Commissioner of Police, Mr Abdu Umar, was also at the venue to ensure that everything went on successfully. “However, one Danladi Abbas (32) was arrested on Airport Road, Maiduguri, for throwing stones at the motorcade of the presidential candidate.

“Abbas and other hoodlums attempted to disrupt the motorcade, but they were chased and luckily one of them was arrested and taken away for questioning,’’ he said. Shatambaya said nobody had reported any case of attack to any police station within Maiduguri and Jere.

President Muhammadu Buhari on Wednesday commiserated with families of all those who lost their lives in the explosion at Chemical Market in Onitsha Local Government, Anambra State. Buhari shares the pain of loss with those who had investments in the market and prays that the Almighty God will grant the injured quick recovery.

The President’s condolences were contained in a statement by Garba Shehu, Senior Special Assistant to the President on Media and Publicity. Buhari also urged all emergency, humanitarian and security agencies to provide all the necessary support for the victims and ensure a thorough investigation into the incident, with a view to avoiding a recurrence in the future.

DAILY POST reports that four persons were feared to have died, while 12 others sustained varying degrees of injuries, following an explosion at the Onitsha Chemical Market on Tuesday. Sources told DAILY POST that the explosion led to an inferno in the area, with over N850million worth of goods destroyed in the process.

“The explosion occurred at about 12:45 pm at the market, which led to a stampede, and later fire,” a source said. 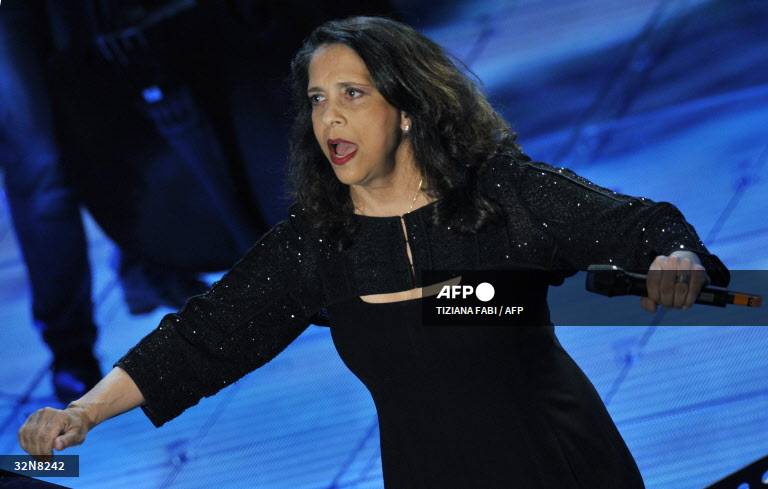 Brazilian singer Gal Costa, whose crystalline voice and transgressive sensuality made her the muse of the groundbreaking “Tropicalia” movement in the 1960s, died Wednesday, her public relations agency said. She was 77.

With her mane of brown curls and seductive smile, Costa sang with some of the biggest names on Brazil’s booming popular music scene in the 1960s and immortalized many of their songs, including by Tom Jobim, Chico Buarque, Milton Nascimento, and her close friend Caetano Veloso. “Unfortunately, we confirm” that Costa died, a spokeswoman for Costa’s PR firm told AFP, saying she could not give further details.

Costa, who lived in Sao Paulo, had recently canceled a concert at the city’s Primavera Sound music festival on doctors’ advice after having surgery in September to remove a nodule from her right nasal cavity, according to Brazilian media. But she had been expected to return to the stage, and her website listed her next performance as a concert in Sao Paulo on December 17.

News of her death brought an emotional outpouring in Brazil, including from some of the biggest names in music. “I’m very sad and shaken by the death of my ‘sister’ @GalCosta,” tweeted famed singer-songwriter and former culture minister, Gilberto Gil.

Brazilian president-elect Luiz Inacio Lula da Silva posted a picture of himself embracing Costa on Instagram. She was “one of the best singers in the world, one of our foremost artists who brought the name and sounds of Brazil to the entire planet,” he wrote. “The country… lost one of its great voices today.” Costa is survived by her 16-year-old adopted son, her agency said.