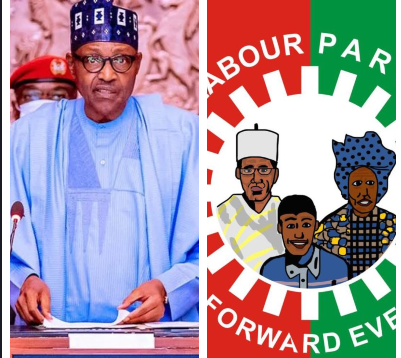 Oct. 1: Buhari addresses the Nation Saturday
As part of activities commemorating the 62nd Independence Anniversary of the country, President Muhammadu Buhari will address the nation on Saturday, October 1, 2022, at 7 am.

Television, radio stations and other electronic media outlets are enjoined to hook up to the network services of the Nigerian Television Authority (NTA) and Radio Nigeria for the broadcast. This was disclosed in a brief statement signed by Femi Adesina, a senior Special Assistant to the President, on Friday.

DAILY POST reports that October 1, 2022, will be Buhari’s last Independence Anniversary address to Nigeria as President of the country.

Buhari will eventually complete his tenure as Nigeria’s President for the last eight years in 2023.

List of NEC Members That Have Returned Cash Sent to Them
No less than 24 hours that Atiku Abubakar, the presidential candidate of the Peoples Democratic Party (PDP) launched its campaign, the crisis rocking the party escalated. This is as some members of the Party’s national working committee (NWC) returned (122.4) million stipends paid into their accounts for “house rent”, The Nation reported.
Some members of the NWC have alleged that the strange alerts came after they had issues with the party concerning a missing N10 billion realized from the nomination fees during the party’s primaries. Comrade Ogbaloi who stated this in a statement in Benin said, it has become necessary to issue the ultimatum after the leadership of the party have carried out their internal investigation and discovered that nothing of such took place.

According to him, “we have from our investigation discovered that the allegation was maliciously, designed and sponsored by opposition parties to drag the party into the mud because of the party popularity in recent times ahead of the 2023 general election.
Source: Independent