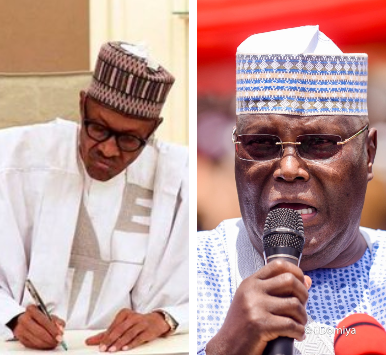 The Minister of Interior, Ogbeni Rauf Aregbesola, who made the declaration on behalf of the federal government, congratulated all Nigerians on this year’s celebration and assured them of government’s commitment to tackling all the challenges facing the nation and bring smiles to the faces of all the people. “The world is going through dire economic and security challenges which have also affected our nation. However, I am assuring us all that the government will not abandon the people, but will continue to confront all these challenges with all the might at our disposal until respite comes our way”, the Minister said.

Ogbeni Aregbesola said the eminent position of Nigeria in the comity of nations and the greatness ahead of the country if we work hard at it as a people.
Source: Vanguard

Wike: PDP National Vice Chairman, Leaders, Others Paid To Frustrate Atiku’s Ambition ‘Exposed’ By NEC Member
The internal crisis rocking the Peoples Democratic Party (PDP) took a new turn on Wednesday with an allegation from a member of the party’s National Executive Committee (NEC) that a national vice-chairman of the party and some other top chieftains are responsible for the issues.
The NEC member, Chinemerem Madu in a statement on Wednesday alleged that the party leaders including some NEC members behind the PDP crisis have received money to continue to fuel disagreements. Sharing his allegation about the lingering crisis, Madu said the unnamed national vice chairman has confessed to receiving huge cash to frustrate Atiku’s bid and disrupt the party’s presidential campaigns.

He alleged further that part of the plans of the group is to orchestrate press conferences where damaging statements will be made against Atiku shortly after the official commencements of campaigns for the 2023 presidential election.

Madu said he exposed the scheme when he got to know about it when he was approached for support by those responsible for the crisis because he is a “loyal and very dedicated party man”.
Source: NaijaNews