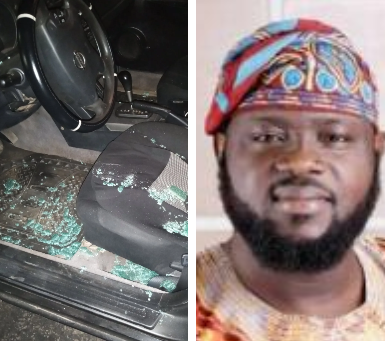 The District Court in Western Tacoma in Washington jailed Mr Rufai on Monday for wire fraud and aggravated identity theft.

With the stolen identities, he attempted to steal nearly $2.4 million from the United States government, including approximately $500,000 in pandemic-related unemployment benefits.

Mr Rufai, 45, who pleaded guilty to the charges in May, was said to have succeeded in defrauding 12 US agencies of $600,000 paid out into bank accounts controlled by him.

A statement by the US Department of Justice announced the sentencing of Mr Rufai on Monday.

“The motivation was greed, unrestrained greed, and a callousness towards those who have suffered,” the statement quoted the trial judge, Benjamin H. Settle, as saying.

Based on his plea agreement with the prosecution, Mr Rufai agreed to pay full restitution of $604,260 to the defrauded agencies.
Source: Premium Times

Amarere, DAAR Media Academy and Anchor of Peoples-Politics-Power on Africa Independent Television, was said to have been attacked and robbed while observing traffic rules not far from the Community Staff School, Asokoro, Abuja, on Monday evening. The statement read, “The attention of the Nigeria Union of Journalists, DAAR Chapel, has been drawn to an unfortunate incident of the attack on Our Executive Director, DAAR Media Academy and Anchor, Peoples-Politics-Power on AIT, Mac Imoni Amarere.

“Amarere was attacked, robbed while observing traffic rules not far from the Community Staff School, Asokoro, a facility owned and managed by the DSS in Asokoro, on Monday evening, September 26.

“Fortunately, there’s no bodily injury but he lost some valuables to the miscreants, his driver sustained minor injuries. Colleagues are encouraged to be more vigilant as we obey traffic lights in the City Centre, especially at night.
Source: Punch