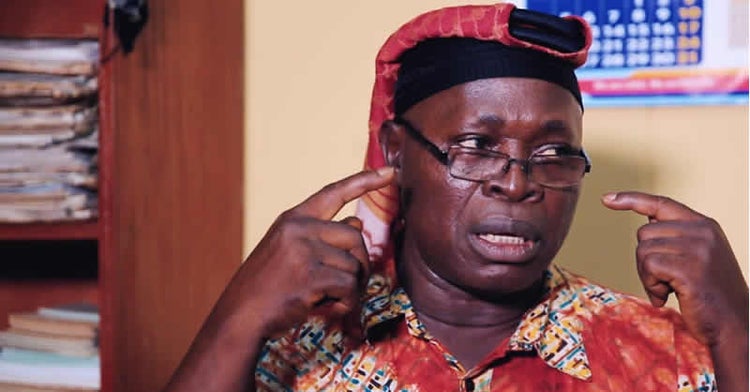 The failed “electrocution assassination” of Prof. Akintola happened in a hotel in Abuja on Tuesday.

He narrated how he was trailed by an unknown man at his hotel in Abuja after the Interfaith Dialogue Forum for Peace (IDFP) was organised in Abuja from 5th to 9th September 2021.

He added that the unknown man shadowed him for three days and was always monitoring his movement within the hotel but he pretended as if he did not know.

According to Ishaq, “I confronted him on the third day. He was following me quietly from behind. I turned around suddenly and came face to face with him. Then I asked him why he was tailing me. This happened at the reception downstairs because he had followed me as usual as soon as I left the restaurant.
To my surprise, he did not deny trailing me. He said he was doing so because he wanted to talk to me. I told him to go ahead and talk. He requested that we should go to my room upstairs. I knew that was dangerous so I refused. I showed him the seats in the reception and told him we could discuss it there in the open.

As soon as we settled on the setee he told me that he came for that workshop because he saw my name on the list of invitees. He asked why MURIC said 32 Muslims were killed in Jos whereas only four Muslims were killed. I knew he was referring to the Muslims killed while returning from a Maolud programme in Bauchi. They were returning to Ondo State when their bus was waylaid in Jos by Borom Christians of Plateau State.

He accused MURIC of inflating the death toll and asked why we did not contact people in Jos before issuing our press release. I told him we have a branch in Plateau State and the information given by them was reliable. It became a hot argument and we parted without resolving the issue.

On the Tuesday incident, Akintola said “I prepared to take my bath on Tuesday morning after shaving. I entered the bath cubicle and tried to turn on the water.

“A powerful electric shock wave threw me back at the door as I tried to turn on the water. “I was badly shaken and I did not regain full consciousness until some moments later,” Akintola said.

He blamed the incident on his “detractors”, vowing that ”the harder they try to eliminate me, the tougher I become by the Grace of Allah”.

He established two Islamic organizations: MURIC for the protection and promotion of the rights of Muslims in Nigeria and beyond; and Tele-Dawah for the preaching of Islam on television, radio and through public lectures.