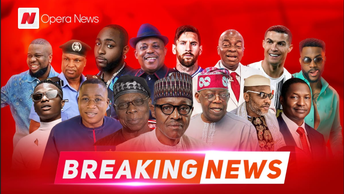 PDP Crisis: “They Betrayed Jonathan, Now It’s Their Turn”, Fani-Kayode Aim Shots at Atiku, Saraki, Tambuwal
Amid the ongoing crisis within the ranks of the Peoples Democratic Party (PDP), Femi Fani-Kayode, a former chieftain now with the ruling All Progressive Congress (APC) has waded into the crisis. According to a post on his verified Facebook page, Fani-Kayode accused the presidential candidate of the PDP, Atiku Abubakar, Governor Aminu Tambuwal of Sokoto state, and Senator Bukola Saraki of betraying ex-President Goodluck Jonathan.
His post reads:
“One thing I will say for the Wike group in the PDP is that every single one of them stood with GEJ in the 2015 presidential election. “Conversely, every single one of the key players on the other side including Atiku, Tambuwal, and Saraki betrayed GEJ in 2015. “Karma is a b*tch.”
Source: Legit

DSS Denied Me Access To Nnamdi Kanu -Sowore
The presidential candidate of the African Action Congress, Omoyele Sowore, has revealed that the Department of State Services denied him access to the leader of the Indigenous Peoples of Biafra, Nnamdi Kanu. Sowore, who shared a video on his Twitter handle on Thursday, said that he had waited for hours before being told that the time for visitation was over. He captioned the video, “I traveled to the headquarters of the DSS today upon invitation of unjustly detained IPOB leader, Nnamdi Kanu, but after waiting for several hours the DSS people told me I can’t see him because “time for visitation has closed.”
Source: Punch