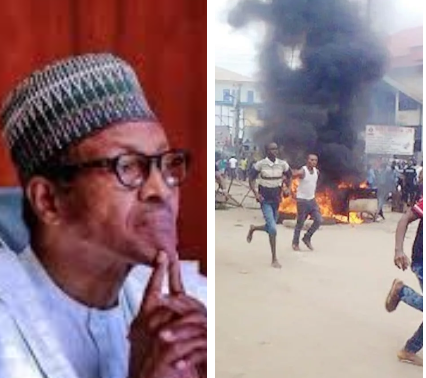 ASUU: I Am Deeply Concerned, There Are Saboteurs In Buhari’s Govt – Yahaya Bello
Kogi State Governor, Yahaya Bello has hinted that the activities of saboteurs in the administration of President Muhammadu Buhari are part of what is responsible for the lingering strike action embarked upon by the Academic Staff Union of Universities (ASUU).
Governor Bello however vowed that such persons whom he described as ‘Judas’ would soon be exposed. Naija News reports he stated this on Wednesday during an interview with Arise TV while speaking on the lingering ASUU strike which commenced on February 14.

Commenting on the strike, the Governor lamented that the future of Nigerian children is what is at stake.

He however cautioned the National Association of Nigerian Students (NANS) not to take law into their own hands as part of efforts to see an end to the strike action.

Dad burns 12-year-old son to death for not doing homework
A Pakistani man, Nazir Khan, has reportedly burnt his 12-year-old son, identified as Shaheer, to death over his inability to answer questions about his schoolwork.

The tragic incident happened at the family’s apartment in Karachi, Pakistan.

The little boy was said to have sustained severe burn injuries in the horrific incident and was rushed to the hospital, where he died after two days. According to DailyMail, Khan in an attempt to terrify his son into completing his homework poured kerosene on him and lit a match, unfortunately, the flame ignited the oil and set the child ablaze.

Hearing her son’s scream, Shaheer’s mother, Shazia dashed into the room where both parents threw blankets and clothes on the burning child in a desperate attempt to extinguish the flames, but their efforts were not enough to save him.

After grieving over the loss of her son for two days, Shazia filed a case against her husband and he was arrested on 17th September.

Speaking on the incident the Local Police officer, Salim Khan told Pakistan news outlets that Nazir has confessed to the crime filed against him by his wife.

He noted that Nazir became enraged when Shaheer insisted on going out to fly a kite instead of completing his homework.

Nazir demanded that the little boy must answer a series of questions about his work, to which the 12-year-old gave unsatisfactory answers.

Angered by the response, Nazir poured the highly flammable liquid over the kid and lit a match in a bid to scare him.