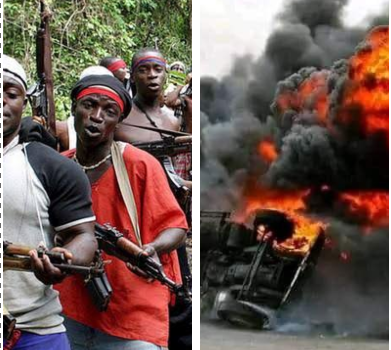 Unknown Gunmen In Anambra Are 100% Igbo, IPOB Has Distanced Themselves – Soludo
The Anambra State Governor, Professor Charles Chukwuma Soludo, has claimed that individuals carrying out kidnapping and killings in the South-East are Igbo. Speaking in an interview with Channels TV’s Politics Today on Saturday, the governor said the proscribed Indigenous People of Biafra (IPOB) has distanced itself from the criminals who usually claim they are agitators.

While insisting that the criminals are so far “100 per cent Igbo”, the former Central Bank of Nigeria (CBN) governor said that the perpetrators are not invaders. According to Soludo, “They are plain criminals. Some of these criminals also hide under the cloak of agitation but IPOB has repeatedly distanced itself from the criminals.

“They are kidnappers and plain criminals and they indulge in these because it is lucrative. Anambra is without a doubt the richest state in the South-East so this is the state where kidnapping has the highest value and so you will have their highest concentration here.
Source: NaijaNews

19 burnt beyond recognition in FCT auto crash
Nineteen persons have been confirmed dead in an accident that occurred at the Yangoji-Gwagwalada road in the federal capital territory (FCT).

The accident was said to have occurred in the early hours of Sunday.

Dauda Biu, acting corps marshal of the Federal Road Safety Corps (FRSC), confirmed the development to NAN when he visited the accident scene. “Out of the 31 victims, eight persons comprising seven males and one female sustained various degrees of injuries, while 19 others were burnt beyond recognition,” he said.

“Investigation showed that the main causes of the crash were speed limit violation and wrongful overtaking, which eventually resulted in loss of control.
Source: Cable