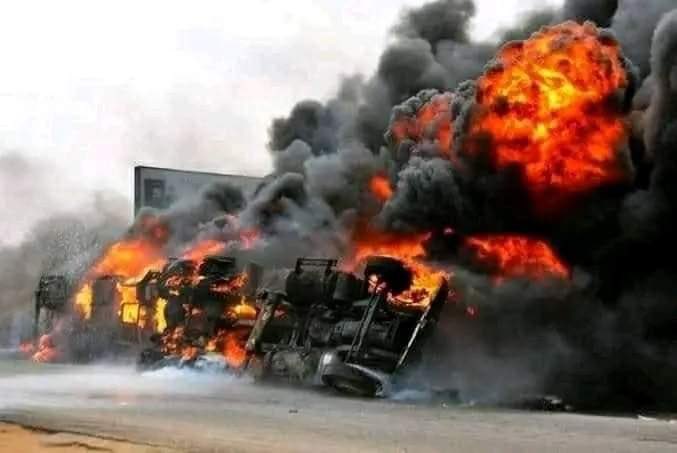 Details of the incident are still sketchy at the moment but fresh reports confirmed that the incident happened earlier today, Saturday, September 17. A source who is familiar with the incident said the explosion involved many other heavy-duty trucks and other petrol tankers.

Unconfirmed reports say five trailers and petrol tankers were consumed by the explosion. A source identified as Lanre Sadiq said: “Happening live in Badeggi town of Katcha Local government area of Niger state as a tanker carrying a full load of fuel exploded & extended to the other trailers. We urged the firefighters to get into action, and as of the time of writing this report, 5 tankers have been affected already. May Allah protect and save our people and their properties.”