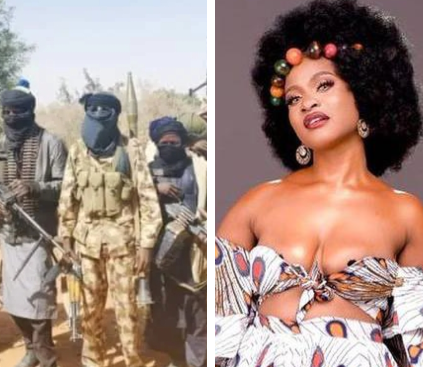 Shettima: I was misquoted on Abacha’s ‘hospitality’ — Nigeria needs his ruthlessness
Kashim Shettima, the vice-presidential candidate of the All Progressives Congress (APC), says he was misquoted on a recent comment he made which cited a reference to the late Sani Abacha.

Speaking on Thursday at the 96th-anniversary celebration of the Yoruba Tennis Club in Ikoyi, Lagos state, NAN had quoted him as saying Nigeria needs the “hospitality” of Abacha, former military ruler.

However, Shettima had said the country needs a president with “a dose of ruthlessness and taciturnity” of Abacha.

Clarifying the comparison of Abacha to Tinubu in a series of tweets on Friday, the former governor of Borno said he did not attribute hospitality to Abacha, adding that he meant Nigeria needs a president who is ruthless like the late military ruler, to address insecurity.

“The obsession with distorting one’s views to settle partisan scores brings to mind a certain WBC Commentary. ‘The trouble with deliberate bias,’ it says, ‘is that it cannot be erased by sound education’. The video of my speech in Lagos is out there for those sincerely curious,” he tweeted.
Source: Cable

Unknown gunmen attack Gov Bala Mohammed’s aide in Bauchi
Yet to be identified gunmen have made an attempt on the life of the Senior Special Assistant (SSA) on Christian Religious Affairs to the Bauchi State Governor, Pastor Zakka Luka Magaji.

Confirming the attack, the State Police Public Relations Officer, SP Ahmed Wakil, confirmed that yet-to-be-identified gunmen numbering seven, stormed the residence of the Pastor in Birshin, a suburb of the Bauchi metropolis.

SP Ahmed Wakili who gave the details via a mobile phone conversation said the Command received a distress call on an attempt on the life of one Pastor Zakka Luka Magaji, SSA Christian Religious Affairs to Bauchi state Governor. “On receipt of the distress call, the Commissioner of Police directed the DPO E-division to act immediately. The DPO led his team with other tactical Commanders such as RRS B-division, for a quick intervention, where the armed men ran into the Bush”.

“A 32 years old man who is a member of Christian Life Church living together with Pastor Zakka was injured in the process. Police personnel were at the scene of the crime where three empty shells of 7.6mm ammunition were recovered” he said
While speaking to our Correspondent, Pastor Zakka Magaji said, “I was their target even though I don’t know their motives but God has proven Himself. The person injured is getting better now”.
Source: DailyPost

BBNaija S7: Phyna Sparks Pregnancy Talks With Protruding Stomach During Pool Party (Video)
Big Brother Naija Season 7 Housemate, Phyna, has sparked pregnancy speculations online.
Naija News reports that the pool party is fun for the ‘Level Up’ housemates as they always have a swell time.
However, a video of this week’s pool party which emerged online has got many people talking as they wondered if Phyna is pregnant. The reality star, who is seen rocking a yellow swimsuit, danced with two other male housemates and her protruding stomach could not be ignored by fans as they compare it to when she first got into the Biggie house.

Other netizens also made a mockery of Phyna, asking if she is pregnant for Groovy.
defik_cosmetico_ wrote: “Is Phyna pregnant or what??”

onyinyay wrote: “Is she pregnant?”

gleaming_beaute wrote: “Phyna’s excess consumption of beer is making her to have big stomach. She should work on it pls”