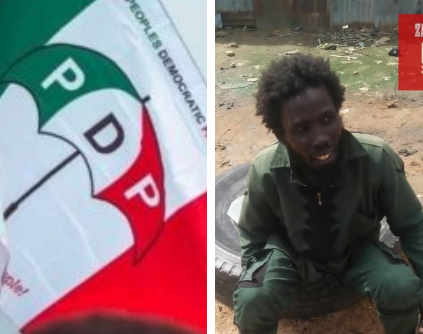 The primary had produced Dauda Lawan Dare as the candidate of the party for the 2023 governorship poll in the state. It was gathered that the terrorist and his family including his wife and children, surrendered to the troops of Operation Hadin Kai in Banki in Bama Local Government Area of Borno State on September 12, 2022.

An Intelligence officer told Makama that Bulabuduwaye was known to be an official who carries out a sentence of death on condemned persons, captured military men and civilians when Abubakar Shekau was a Leader of the Sect. group.
The sources said that the former terror kingpin had appeared in many grisly footages showing fighters aligned with the Jama’at Ahl as-Sunnah lid-Da’wah wa’l-Jih?d, cutting the throats of prisoners and shooting captives after accusing them of being infidels.

The sources said Bulabuduwaye and his team of executors had murdered at least 1,000 persons that were captured and sentenced to death.
Source: LIB