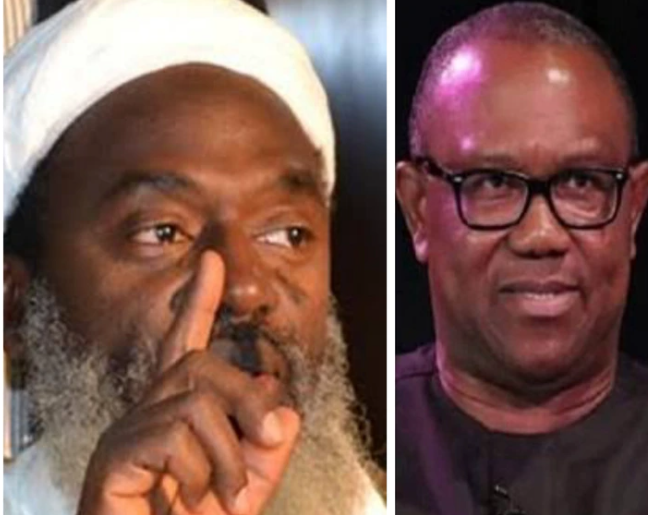 In a statement issued Thursday and signed by the President & Founder of Anap Foundation, Mr. Atedo Peterside said the polls were conducted in all the six geo-political zones. Peterside said the opinion polls were commissioned by Anap Foundation and conducted by NOI Polls Limited.

He added that the polls showed a substantially close race between Obi, the All Progressives Congress (APC) presidential candidate, Asiwaju Bola Tinubu and Atiku Abubakar of the Peoples Democratic Party (PDP).

It pointed out that September 2022 polls were inconclusive in terms of establishing a clear winner, as the undecided voters are large enough to turn the tables.

It, however, said Anap Foundation has concluded that the trends are clear enough to establish the front runners, saying subsequent polls would concentrate on the four leading candidates only.

Insecurity: Calls for Sheikh Gumi’s arrest unecessary – Arewa group
The Northern Youth Council of Nigeria (NYCN) has expressed dissatisfaction with the Coaltion for Peace in Nigeria (COPIN) over a statement allegedly issued by Mr Emeka Akwuobi, calling for the arrest and prosecution of Kaduna-based Islamic cleric, Sheikh Ahmed Abubakar Gumi.

The group had accused Gumi of working with bandits in the North. The National President, Northern Youth Council of Nigeria, Isah Abubakar, in a statement issued on Thursday in Kaduna, explained that COPIN should note that Sheikh Gumi’s interference was borne out of his desire to see his region and people enjoy security, peace and to protect human dignity in the Northern Nigeria.

The statement argued, “Where bandits have taken over and have institutionalized authorities, to find a lasting solution to the activities of bandits in the region, the involvement of Gumi at the time he did was not with any bad intentions rather to salvage our nation.”
Source: DailyPost

Suspected IPOB members freed after two years in detention – AI
Amnesty International, AI, Nigeria has said three persons suspected to be members of the Indigenous People of Biafra, IPOB, have been released following their detention at 14 Brigade Nigerian Army Ohafia, Abia State, for two and a half years.

It noted that officers of the Nigerian Army arrested them on 27 February 2020 at the Imo River community in Abia State. The human right watchdog disclosed this on Thursday via its official Twitter handle.

The organization said it believes in freedom, justice, and equality and appealed to Nigerian authorities to provide helpful information about the status of other victims of enforced disappearance.