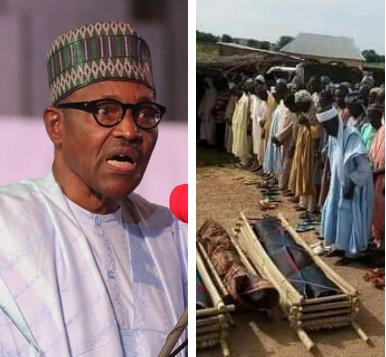 The September 6th, 2022 meeting was convened in a letter by the National Universities Commission (NUC) as part of efforts to resolve the industrial dispute.

“As the pro-chancellors and chairmen of councils and the vice-chancellors are quite aware the industrial action by University-based unions has led to the closure of the institutions since February 2022. “Consequently, I am to invite the pro-chancellors and chairmen of councils as well as vice-chancellors of federal universities to a special interactive meeting with the Honourable Minister of Education on Tuesday, September 6, 2022.”

“Vice-Chancellors are requested to bring this notice to the attention of their respective Pro Chancellors and facilitate their attendance, accordingly,” the letter issued by the NUC Deputy Executive Secretary (Administration), Chris J. Maiyaki, read.
Source: ChannelsTV

Wike digging political grave, 2023 election between Peter Obi, Tinubu – Prophet Olujob
Prophet Bisi Olujobi of the Wisdom Church of Christ International in Lagos State has warned Governor Nyesom Wike to tread cautiously.
The septuagenarian seer gave the warning in his prophecies for September issued on Wednesday.
The cleric noted that the Rivers helmsman is not playing his political game “cleverly well” and has “courted many enemies”. Olujobi said the Rivers helmsman has gathered enough cronies who will “eventually betray and abandon him to his fate in no distant time”.
“Wike should be very prayerful and careful. I see a disgraceful political end, if he will listen. I will not say anything if it is not from God.”
On the 2023 presidential election, Olujobi declared it would be between the Labour Party (LP) flagbearer, Peter Obi and that of the All Progressives Congress (APC), Bola Tinubu.
Source: DailyPost

Update: Seven family members who died after eating breakfast buried in Sokoto
Two wives and five children of a man identified as Malam Danbala, died after eating breakfast in Kaura village, Yabo Local Government Area of Sokoto State.
The deceased were buried on Tuesday, August 30, according to Islamic rites.
Danbala said that the problem started when one of his wives cooked a local delicacy called Dambu for their breakfast. “They all ate to their satisfaction and after a while they started complaining of stomach pain and were all rushed to the hospital. The five children died first, followed by my wives who died around midnight but my little girl is responding to treatment because she did not eat much from the food,” he said.
According to an eyewitness account, the wife initially cooked the meal for their dinner on Sunday which she shared with neighbours.
”It was said that the remnant of the food was kept for their breakfast and on Monday morning, she mixed the remnant food with a raw Dambu reportedly left uncovered throughout the night. She was said to have cooked the delicacy and served only members of the family.”