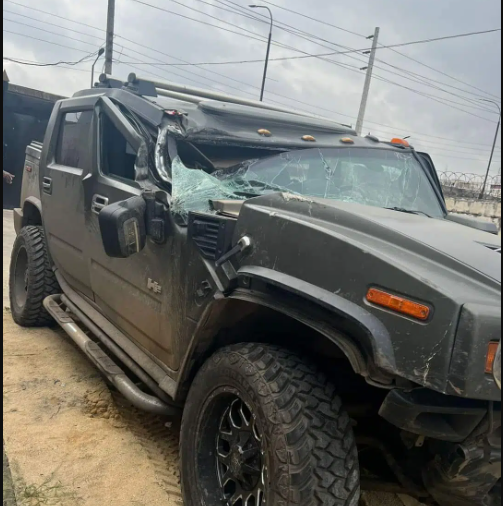 Gunmen Attack Ex-Governor Fayose’s Brother, Isaac In Osun
The younger brother of a former Governor of Ekiti State, Ayodele Fayose, Isaac was on Monday attacked by unknown gunmen in Osun State.
Isaac, in a post on his Facebook account, revealed that he was attacked in Gbongan Area in Osun State. According to Isaac, the gunmen abducted many people during the attack.

He condemned the security situation in the country, adding that he would not vote for the presidential candidate of the All Progressives Congress (APC), Bola Tinubu and the flagbearer of the Peoples Democratic Party (PDP), Atiku Abubakar.

He lamented that there is no security in the country under the Buhari administration.

The attack is coming days after Isaac vowed to donate his property as a campaign office for the presidential ambition of the Labour Party’s presidential candidate, Peter Obi.
Source: Naija News

Ohanaeze To Pick Consensus Presidential Candidate From S/East
Apex Igbo Social-cultural organisation, Ohanaeze Ndigbo has announced plans to meet with all the presidential candidates of political parties from the Southeast with a view to picking a consensus candidate among them ahead of the 2023 general elections.

Its national publicity secretary, Dr. Alex Ogbonnia, disclosed this during an exclusive interview with LEADERSHIP in Enugu. Ogbonnia said the position of the Igbo apex body that the next president of Nigeria must come 2023 must come from the Southeast has not changed.

The Ohanaeze spokesman said they are collaborating with the Southern and Middle Belt Leaders’ Forum to actualise president of Southeast extraction in 2023.
Source: Leadership He is now the South West leader of the party, according to an announcement on Obidient TV, widely shared in the social media.

The statement described Osuntokun as a political scientist and researcher with experience in media advocacy & policy research.
Osuntokun, who is from Ekiti State, was a former managing director of the News Agency of Nigeria.
Source: PM News