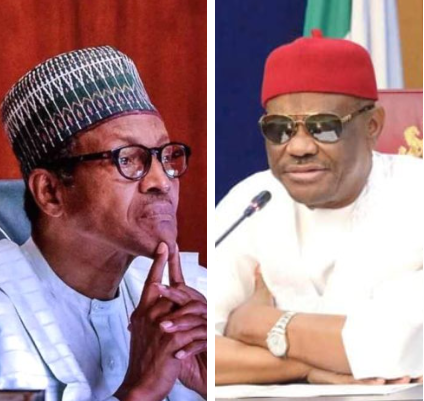 2023: Wike Vows To Reveal Identities Of Candidates Planning Looting
Ahead of the 2023 general election, the Rivers State Governor, Nyesom Wike has vowed to reveal the identities of some candidates planning to loot.
Naija News reports that Wike in a statement issued by his Special Assistant on Media, Kelvin Ebiri alleged that there are some politicians campaigning for the 2023 election but do not mean well for the country. According to Wike, he is in a privileged position to know some of these candidates and would reveal their identities at the appropriate time to enable the masses to know what is happening in the country.

The statement read: “Some other people are busy, putting themselves together on how they will take over leadership in Nigeria to loot the remaining ones these other people have already kept.

“I’m privileged to know and, at the appropriate time, I will tell you who these people are. You need to know what is happening in Nigeria.
Source: Naija News

Deputy Governor of the State, Mannir Yakubu, who also doubles as Commissioner for Agriculture and Rural Development, disclosed this in Katsina on Monday. Speaking during the Ranch Stakeholders Development Meeting, he said listed the frontline local government areas where grazing reserves would be established as Jibia, Batsari, Dutsinma, Safana, Danmusa, Kankara, Faskari and Sabuwa Dandume among others.

Mr Yakubu revealed that part of the funds will be used to construct schools, health centres and veterinary clinics in the affected communities.

He said the state government would engage reputable contractors to handle the projects.
Source: Peoples Gazette

Okechi was flogged repeatedly and held hostage for several days after being accused of being a witch by her husband’s relatives. Ojiegbe said: “When the First Lady heard about it on Sunday night, she immediately swung into action to rescue the woman.

“Several stakeholders were involved in rescuing her alive, which is the first action that needed to be taken and this has been done.

“Also, the woman has been taken to an undisclosed public hospital for treatment.

“The next stage will be to address the issues surrounding the matter.
Source: PM News