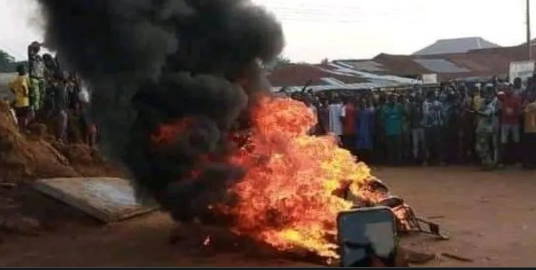 The spokesperson for the New Nigerian Peoples Party (NNPP) Abdulmumin Jibrin has said that the outcome of the 2023 general elections will shock Nigerians.

The former lawmaker was commenting on the party’s chances in the 2023 elections during an interview with Channels TV’s Politics Today.

He said, “Mark my word, the outcome of the 2023 general elections will shock Nigerians. Everything that will happen in the next six months will never be to the advantage of APC or PDP. NNPP will be the beneficiary of that.

“There will not be any coalition that NNPP or Kwankwaso requires. If you want to do an alliance with us fine. After all, we are coming with the largest chunk of the votes to the table. If you look at how we conduct our elections we are not keeping all the fire you are seeing, all the parties abusing themselves.

Jibrin said the All Progressives Congress (APC) and the Peoples Democratic Party (PDP) would struggle to get 25 per cent of Kano’s votes.

He added, “We heard that APC and PDP are struggling to get 25 per cent, knowing full that they have lost Kano. And in their own permutations if they are able to have bit and pieces here and there, they will be able to get it. But let me tell you, no political party will get 25 per cent in Kano. We are opening the ballot sheet of Kwankwaso as I said with five million votes.”

Three suspected robbers said to have been terrorising residents of Ughelli North and Ughelli South Local Government Area of Delta State have been set ablaze by a mob at Ekiugbo community in the area.

The robbery suspects, reportedly with sophisticated weapons, were accused of robbing residents of Iwhrekan community in Ughelli South LGA, after overpowering combined teams of vigilantes from Edjorphe and Iwhrekan communities respectively.

City Round gathered that the suspected robbers who came to Ughelli metropolis in a tricycle otherwise known as ‘Keke’ and a motorcycle were apprehended and set ablaze at about 5am on Wednesday while robbing victims at Panama Layout in Ekiugbo community.

A source said that the hoodlums were responsible for the killing of a vigilante chairman identified as Sunday, at Iwhrenene a month ago. Some of the victims who spoke with our correspondent on condition of anonymity narrated their ordeals.

One of them said, “At Iwhrekan, they entered our compound by destroying the protector and iron door and stole an apple laptop, one Iphone 12 max, an Iphone SS max and four android phones.” Another victim, Mr Righteous Arobokeri, said that he was woken at 12am with gunshots in his compound, adding that he couldn’t do anything.

He said, “They overpowered vigilantes from Iwhrekan and Edjorphe. They later moved from house to house to rob their victims. Nine persons were shot including two vigilantes and they are currently at the University of Benin Teaching Hospital. With the information we got, one of the victims that sustained gunshot injuries is dead. Three of my tenants were shot in the eye, chest and stomach respectively and they were referred to the UBTH.’’

The state police spokesperson, Bright Edafe, could not be reached for comments on the incident as of the time this report was filed.